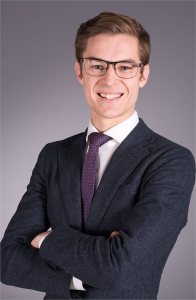 Niagara West MPP Sam Oosterhoff, member of Ontario’s Ford Government and assistant to the province’s Education Minister, finds himself in a bit of hot water – again.

This first term in the Ontario legislature is turning out to be quite a learning experience for the province’s youngest elected member – 23-year-old Niagara West MPP and Ford Government member Sam Oosterhoff.

Among other things, Oosterhoff – who grew up as a home-schooled kid who now, quite interestingly, serves as an assistant to the Ford Government’s Education Minister in charge of our public schools  – has learned that it is not necessarily good public optics to have the police called on a peaceful group of seniors protesting public library cuts at his Beamsville constituency office.

Now Oosterhoff who, don’t get me wrong, seems like a nice young man to the extent I have met him, finds himself in hot water again after posting a photo on social media, featuring himself and and numerous others, gathered together, void of any social distancing or mask wearing – right in the middle of a pandemic unlike any the world has seen in a century, and even while daily cases of Ontarians diagnosed with COVID-19 are hitting record highs.

The photo of Oosterhoff with this group of children and adults in his Niagara West riding – none of them wearing masks while all bunched together indoors – looks like nothing I assume most of us would tolerate in most indoor setting we might venture in to, whether it be a grocery store, a Canadian Tire,  or one of the  public schools we send our kids to, for that matter.

Here is the group photo, maskless and no social distancing. Niagara West MPP Sam Oosterhoff is identified in the circle in the upper left-hand corner of the photo

This same photo, as a CBC report earlier this October 26th put it, “led to Ontario Hospital Association president and CEO Anthony Dale calling for Oosterhoff’s resignation as the parliamentary assistant to the minister of education.”

I fired off an email to MPP Oosteroff and his staff, stating and asking the following –

‘Hi Sam – I just heard that you made the CBC news for not wearing a mask in a packed gathering photo in Niagara …. I just went online and several other news outlets … CHCH in Hamilton and others in Toronto have reported  on this and have quoted others upset with what looks like an apparent image of someone who should be a role model as a public figure, shunning COVID-19 safety measures, even as positive cases in the province ramp up.

To frame this a bit, Premier Doug Ford was quoted in The St. Catharines Standard earlier this fall characterizing those who blow off wearing masks as “yahoos.”  In your case, you are an assistant to an Education Minister, responsible for stewarding the education of our young people  and mesaging from the province to young people during this pandemic has focused on them taking precautions too, including wearing masks to protect themselves and others.

Are you releasing a statement or response on this? If so, please email it to me.’

Within the hour that I sent the above email to the MPP, I received a brief email back from his office with a statement from him that said this –

“This was an event at a staffed banquet hall, with under 50 people, including 5 tables distanced and limited to under ten people at each. … However, I should have worn a mask when we took a quick pic, given the proximity of everyone, and I apologize for failing to do so.”

It remains with the people of his Niagara West Riding to decide if this apology is good enough, I guess.

Given the apparent anti-mask rhetoric from others in Oosterhoff’s riding, including that of West Lincoln Mayor Dave Bylsma, it may very well be good enough.

We certainly live in interesting times, aren’t we? It’s like we have to scrape around for sound political leadership.

Finally, here is a call for Oosterhoff’s resignation as the province’s education assistant from Ontario’s Official Opposition New Democratic Party –

QUEEN’S PARK – NDP Deputy Leader John Vanthof is calling on Doug Ford to remove Niagara West—Glanbrook MPP, Sam Oosterhoff, from his post as parliamentary assistant for education after he posed for a photo with a crowded group of 40 people, indoors and without a mask, violating public health rules. 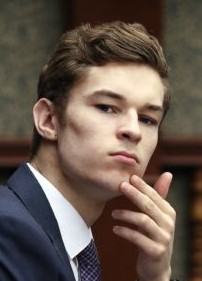 “With daily COVID-19 cases reaching as high as 1,000, it’s more important than ever to protect the lives of Ontarians that everyone – with no exceptions – follow the rules,” said Vanthof. “That’s why it’s so troubling to see the flagrant disregard for the rules from none other than the premier’s own team members.”

On the weekend, the premier’s parliamentary assistant for education, Niagara West—Glanbrook MPP Sam Oosterhoff, shared images of himself in a crowded group of more than 40 people without physical distancing or masks. Niagara Region requires masks indoors.

In Halton, two other Ford MPPs, both parliamentary assistants, say Ford’s messaging about public health orders are not clear and said that “people will start to ignore public health advice.”

“Why does the premier think his own team are ignoring him and public health experts?” Vanthof asked in question period on Monday.

For other reports on this issue, click on the following links –