A News Release from the Greater Niagara Chamber of Commerce 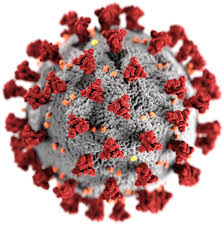 Niagara, Ontario – On September 25th, the Government of Ontario announced immediate changes applying additional measures and restrictions to restaurants, bars and other food and drink establishments.

These changes will negatively impact many businesses which are already struggling to survive under the pressure of the pandemic. The GNCC does not prioritize business over public health, but simply asks that decisions which harm businesses include a clear and tangible demonstration of benefit to public health, with data that include projections of cases with and without the measure.

The GNCC offered similar suggestions when Niagara was not among the regions selected to move to Stage 2 of the provincial re-opening. While we respect the decision of the government and encourage all of our members to comply with legislation, the government’s case would be better-made if the data they were basing their decisions on, and the methods by which they reached them, were publicly available.

We ask that the Government of Ontario commit to greater transparency in dealing with the business community and the public at this very difficult time.

More information on the GNCC is available at gncc.ca