Happy Birthday To One of Niagara’s Most Decent Public Servants

A Brief Tribute and Happy Birthday Wish to former public school board member, then former Lincoln mayor, then former Niagara regional councillor for Lincoln, and a former member of the Niagara Peninsula Conservation Authority’s board of directors, censored by the former NPCA board of Sandy Annunziata, but remembered in the eyes of Niagara’s public at large as a board member of high principle – BILL HODGSON 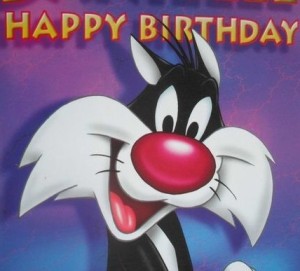 So courtesy of those pop-up Facebook messages I receive, which I normally find quite annoying because, on so many levels, I don’t like Facebook has done to real newspapers and to the civility of public discourse, I am going to let Sylvester, one of my all-time favourite cats, out of the bag, and wish one of my all-time favourite public servants in Niagara, Ontario a Happy Birthday.

Happy Birthday, this May 16th, to Bill Hodgson. And Bill, I have no idea how old you are but, in this journalist’s view anyway, you are never too old to take a run for another term in any public office you choose.

I am sure that many Niagara residents who care about honesty and decency in public office would welcome you back.

Bill Hodgson walks in to his last board meeting at the NPCA in April of 2017, knowing the board of the say was going to rip in apart. file photo by Doug Draper

And in case you have forgotten or don’t know, let me say just a few more words about the final years of  Bill Hodgson, as Lincoln regional councillor under the jackboots of the Al Caslin cabal at Niagara Region, and as a board member on the then-putrid-to-the-core board chaired by Sandy Annunziata at the Niagara Peninsula Conservation Authority (NPCA).

Bill was one of a minority on both those bodies – the regional council and the NPCA board – who had the nerve to speak up for fairness and transparency, and for that he was among those who were treated like shit.

At the NPCA, a body that had been hijacked by neo-cons who could not give a rip about real conservation or environmental protection, Bill was the only member of the board in 2017 who called for an independent audit on the way millions of our tax dollars were being spent.

Bill took the high road, and in the spring of 2017, he walked in to his last NPCA board meeting and quit. Harassed and feeling understandably despondent about the way life in the public sphere was going, he decided the following year not to run for another term on a regional council still chaired at the time by a consummate piece of work, Al Caslin.

Bill Hodgson has better friends anyway, like St. Catharines community activist Ed Smith and a current NPCA board member who won a lawsuit that the former board filed against him for his efforts to bring truth to power. file photo by Doug Draper

Sad to say, but not surprisingly, not one other individual who sat on the NPCA board at the time Bill Hodgson was dragged through the sludge – not now former Pelham regional councillor Brian Baty, not former St. Catharines regional counnlllor Bruce Timms, not former Wainfleet mayor, failed Ford Tory candidate,  and now Ford-appointed Niagara Parks board member April Jeffs, not still Niagara Falls Mayor Jim Diodati, not still Welland Mayor Frank Campion, or any of the others – showed an ounce of the courage or decency that Bill Hodgson has to publicly speak out against the cowardly act of censuring (brokered behind closed doors) that was taken against him.

Not one of them was brave enough as Bill was – assuming that they cared about what, in the public interest, was at stake in the first place – to stand up publicly and defend him. Not a single one.

Not a one of them showed the decency or bravery to stand up publicly for Bill. NANO!

Shame on them and they deserve to have their lack of courage and decency in the face of such a cowardly and disgusting act remain part of their legacy in the public realm for all time.

Having said that, a very Happy Birthday to Bill Hodgson.

We need him and more people like him holding public office in the times we are living in.