Read On To Find Out How You Can Attend  from Home  – This Wednesday, April 22nd

A Call-Out from Ken Kimmell, for the Union of Concerned Scientists

The COVID-19 crisis has upended the world, threatening the health and lives of millions, shattering the global economy, and imposing an unprecedented physical isolation upon us. It has changed so much almost overnight, including how we advocate for action on an even bigger long-term threat — climate change.

For this upcoming 50th anniversary of Earth Day, youth and other climate activists had planned on holding a massive worldwide strike and thousands of public demonstrations to demand that leaders in the public and private spheres take action on climate change.

Of course, in-person gatherings are not possible right now. But in a remarkable showing of agility and creativity, the US Youth Climate Strike Coalition has transformed the event into the largest online mass mobilization in history — Earth Day Live, which will take place April 22–24. 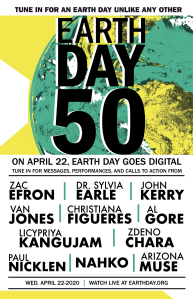 Earth Day Live is a three-day event focused on climate action and participation in our democracy. Its centerpiece is a non-stop 72-hour livestream that will include performances, training sessions, and a wide range of events designed to engage, inform, and inspire millions of people nationwide.

Thousands have already RSVP’d, hundreds of local livestreams across the country have registered, and the event will feature many high-profile celebrities and other public figures.

If you haven’t yet RSVP’d, definitely do so today! 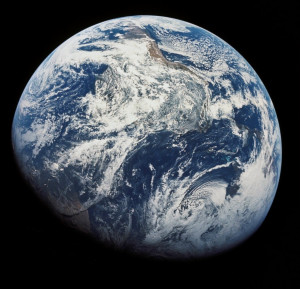 Also check out the work of the Stop the Money Pipeline Coalition; their work will be central to activities on Day 2 of Earth Day Live and they have produced #PeopleNotPolluters art that you can use and share.

What else can you do to support Earth Day Live? Sign up and tell your friends to sign up. Add a Facebook frame or Twibbon frame.

At UCS, we stand united with the youth-led movement that is organizing Earth Day Live and the next generation of science and climate advocates who are participating in it.

We aim to support them as they help boost and elevate the need for climate action, and are active members of the youth climate strike’s adult coalition.

Canada’ Prime Minister Justin Trudeau started out talking a good game on fighting climate change, then took billions of dollars of Canadians’ tax money to buy a pipeline for tar sands  oil that few global financial institutions would invest in and is virtually worthless on the world market now..

We are also members of the Stop the Money Pipeline coalition and calling for the financial institutions that fuel climate change by funding and insuring fossil fuel companies to end their support of climate destruction. And we are working on increasing voter registration and turnout of pro-science voters in the 2020 election by building the Science Rising movement to help empower students, scientists, and science supporters with opportunities to participate in civic engagement and democratic activities in their communities.

The past weeks have taught us all some hard lessons: having the best available science is not just important — it is a matter of life and death. And there is no substitute for effective action by governments at the national and international level to address crises at the scale that is needed.

We are also learning — yet again — that when disaster strikes, it exerts the highest costs on the most vulnerable. These lessons from the COVID-19 crisis apply forcefully to climate change as well — and I am heartened by the powerful way that the youth-led movement will remind us of these vital truths over the next several days, and inspire all of us to act upon them.

Ken Kimmell is president of the Union of Concerned Scientists and has more than 30 years of experience in government, environmental policy, and advocacy.

The Union of Concerned Scientists was founded in 1969 by scientists and students at the Massachusetts Institute of Technology. That year, the Vietnam War was at its height and Cleveland’s heavily polluted Cuyahoga River had caught fire. Appalled at how the United States government was misusing science, the UCS founders, including Henry Kendall and Kurt Gottfried, drafted a statement calling for scientific research to be directed away from military technologies and toward solving pressing environmental and social problems.

For more on the Uniion of Concerned Scientists, click on – https://www.ucsusa.org/

NIAGARA AT LARGE encourages you to join the conversation by sharing your views on this post, along with your name (not a pseudonym), in the space immediately below the Bernie Sanders quote.