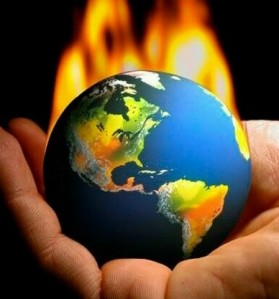 “Unfortunately, we expect to see much extreme weather throughout 2020 and the coming decades, fuelled by record levels of heat-trapping greenhouse gases in the atmosphere.”                     – Petteri Taalas, World Meteorological Organization (WMO) Secretary-General Petteri Taalas 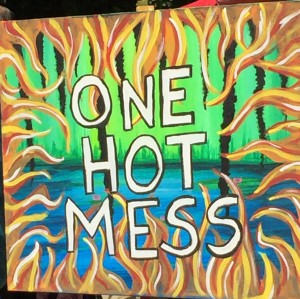 One of the signs at a “Climate Action” rally held in St. Catharines/Niagara last September, 2019, while world leaders gathered at the United Nations for a climate summit. File photo by Marie Cipryk

2019 was the second warmest year on record after 2016, according to the World Meteorological Organization.

“The average global temperature has risen by about 1.1°C since the pre-industrial era and ocean heat content is at a record level,” said WMO Secretary-General Petteri Taalas.

“On the current path of carbon dioxide emissions, we are heading towards a temperature increase of 3 to 5 degrees Celsius by the end of century.”

Only 2016 was hotter, due to a very strong El Niño which causes warming, combined with long-term climate change.

From the United Nations, a look at how dangerously high average global temperatures are rising while the Doug Fords and Donald Trumps around the world do little or nothing to curb climate-changing carbon pollution. How many more people and other living creatures on this planet have to suffer and die before we take this crisis seriously?

Furthermore, average temperatures for the past five years and 10 years, respectively, were the highest on record.

Since the 1980s, each decade has been warmer than the previous one: a trend the UN agency expects will continue due to the record level of greenhouse gases in the atmosphere.

WMO added that 2019 and the past decade also were characterized by retreating ice, record sea levels, increasing ocean heat and acidification, and extreme weather, all of which have “major impacts” on human health and the natural environment.

Meanwhile, the New Year began where 2019 left off, according to Mr. Taalas. 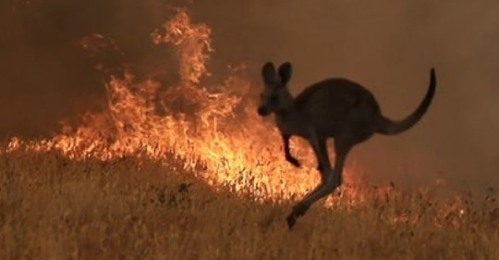 Countless thousands of homes and businesses have been damaged or destroyed, and more than a billion animals have so far died in the wild fires engulfling Australia. Which continent is next and how much more of this can the world take?

“Australia had its hottest, driest year on record in 2019, setting the scene for the massive bushfires which were so devastating to people and property, wildlife, ecosystems and the environment,” he said.

“Unfortunately, we expect to see much extreme weather throughout 2020 and the coming decades, fuelled by record levels of heat-trapping greenhouse gases (one of the most significant components of these gases being carbon emitted in the burning of gas and other fossil fuels) in the atmosphere.”

For a good summary on where we are heading with this crisis, click on the screen below for this video released by the U.N. last year –