A Fond Farewell to a Wonderful Old Friend 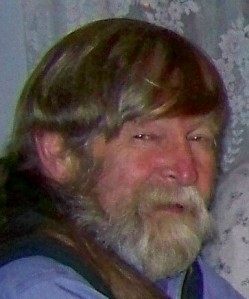 One of our all-time favourite people, Ed Lanigan

A Few Words of Remembrance from Doug Draper, and from Mary and Sarah Draper too

Some three hundred kilometres (or roughly 175 miles) due east of Niagara, Ontario and Buffalo, in the rolling hills of Oneida County in Upstate New York, is a community called Rome that was, according to at least some historical accounts, founded along an ancient Native American portage path.

Located off the New York State Thruway, between the cities of Syracuse and Utica, Rome is home to Fort Stanwix that goes back to the French and Indian Wars in the 1760s, and to the site of the groundbreaking on July 4th, 1817 for the Erie Canal that ran between Buffalo and the Hudson River and opened the Great Lakes and mid-western regions of the continent to the Atlantic Coast, and ultimately setting the stage for the northeastern United States to become an industrial and economic powerhouse.

Ed, at right, with one of his grandchildren Jenna and my wife Mary at the Old Sea Pines in 2009, during one of our annual Thanksgiving gatherings

For my wife Mary, daughter Sarah and I Rome, New York is also home to a number of very good friends of ours, who we first met close to 30 years ago at annual Thanksgiving gatherings at a classic Cape Cod inn called Old Sea Pines, whose owners and innkeepers also hale from the Rome area.

One of those very good friends, Ed Lanigan, slipped away this past December 15 at age 83 and we will miss him dearly.

Ed was a big hearted guy, with a jovial voice, a warm smile and a twinkle in his eye who enjoyed meeting people, listening to their stories and telling stories of his own in the commons room of the Old Sea Pines Inn, with logs glowing in the fireplace, until the wee small hours.

That is how we met this wonderful guy and that is the way we will always remember him.

Ed was an antique shop dealer with such an avid interest in and knowledge of the history around the pieces he traded that he could have done a better job of teaching history than most of the teachers I had back in school.

In the summer of 2008, this journalist and NAL publisher, Doug Draper, stands on the left with my daughter Sarah, wife Mary, and our friends Ed and Donna Lanigan, on the sand dunes outside of Provincetown, on Cape Cod, Massachusetts, where news writers and playwrights like John Reed (“Ten Days That Shook the World”) and playwrights like Eugene O’Neill (“A Long Day’s Journey into Night” and “The  Iceman Cometh”) hung out a century ago with others from the bohemian culture in Greenwich Village, New York.

At our annual Thanksgiving gatherings, we would often chip in for a piece of furniture for the inn, as a gift of thanks to our friends for hosting us, and Ed would kid about feeling like he was on a “busman’s holiday” as we would travel with him from one antique shop on the Cape to another looking for just the right piece. He always enjoyed the search though, as much, if not more, than everybody else.

Ed also worked for a couple of decades in a laboratory at the Rome Memorial Hospital after he served in the U.S. military – something (the military service) I didn’t know about until I read his obituary because, of all the many things I ever discussed with him, he never brought it up.

He enjoyed participating in the volunteer re-enactments at Fort Stanwix and could tell you, in colourful detail, about the time the fort’s defenders blocked an invasion of British troops in the 1770s, during the American War of Independence, as if you were there. 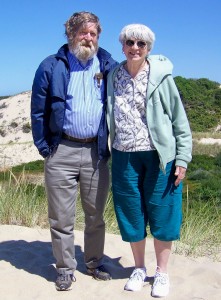 Ed had a real love for Canada and enjoyed listening to and  watching the CBC news. I would bring a guitar to the Thanksgiving gatherings to play songs with others who brought instruments along, and he would often say to me; “Get out your axe and play some Canadian music.”

That would always mean a song or two by Gordon Lightfoot – ‘Early Morning Rain’ or ‘For Lovin’ Me’ – that I would try my best not to make a mess of, before turning to other songs he liked by Peter, Paul & Mary, Bob Dylan or Woody Guthrie.

Ed leaves behind a wonderful wife, Donna, two children, two stepchildren, five grandchildren, three great-grandchildren, several nieces and nephews, and many, many friends, including at least three up here in Canada. 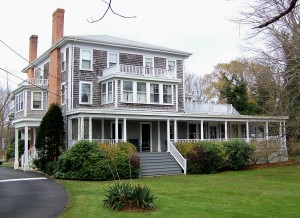 The front of the Old Sea Pines Inn in the Town of Brewster on Cape Cod, Massachusetts. File photo by Doug Draper

We miss you already Ed, and every time I pick up my guitar and play a Gordon Lightfoot tune I am going to be thinking of you.

Our warmest thoughts to all of his close friends across the border and to his family.

One response to “A Fond Farewell to a Wonderful Old Friend”