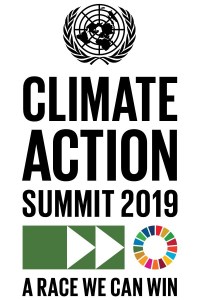 “We demand action. Stop wasting time. Stop hindering the work [towards a sustainable future] for short term profits. Engage young people in the design of adaptation plans,” said Ms. Kumar, who warned: “We will hold you accountable. And if you do not remember, we will mobilize to vote you out.” – Fijian climate change action advocate Komal Kumar

“I encourage you to go on … to keep your mobilization, and more and more to hold my generation accountable. My generation has largely failed until now to preserve both justice in the world and to preserve the planet.” – United Nations Secretary-General António Guterres, a 70-year-old member of the baby boomer generation who was described as a “keynote listener” at the Youth Climate Summit

A Foreword from Doug Draper – 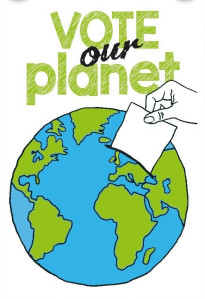 I amat least one member of the baby boomer – and I know there are others – who hopes that in Niagara and every other region across Canada and the United States, the afterglow of this first-ever United Nations Youth Summit on Climate and the Strike for Climate Action participated by millions of people around the world this September stays alive and grows.

Here is hoping that it inspires young people to vote in unprecedented numbers in the upcoming Canadian election this October 21st and in the U.S. election in November, 2020 for only those candidates who make a firm commitment to move us as close as we can to a carbon-free world in the next decade.

Don’t accept any more excuses or dribble about moderation or the need for balance or compromise. We have a full-blown emergency on our hands and we can no longer leaders who fail or refuse to take decisive action. As 16-year-old Swedish climate activist has told us over and over again, ‘we have to act as if our house is on fire, because it is’.

So here is more from the United Nations on this past Saturday, September 21st Youth Climate Summit that I hope you will take a few moments to consider.

News from the United Nations –

Students and young activists on Saturday (September 21st)  threw down the gauntlet to world leaders heading to United Nations Headquarters next week for high-level climate talks, demanding that they “stop wasting time” and work harder to curb carbon emissions, “or we will vote you out.”

“We have been waiting for you!” Jayathma Wickramanayake, the UN Youth Envoy, said, welcoming the boisterous crowd of young climate leaders, who made it clear from the very start of the day-long event that global political leaders are now on notice: they must make radical changes to shift the world away from fossil fuels and towards clean energy, protect our oceans, and promote sustainable consumption.

This first-ever UN Youth Climate Summit follows Friday’s (September 20th) global ‘climate strike’, which saw millions of young people from across the globe walk out of school and jam streets in major cities, from New York to New Delhi and Santiago to San Francisco, waving protest signs with slogans like: “Every disaster movie starts with a scientist being ignored”; and “I’m ditching school because you’re ditching the planet.”

Finally, a seat at the climate action table

On Saturday, Ms.Wickramanayake said: “Climate change is the defining issue of our time. Millions of young people all over the world are already being affected by it. If we don’t act now, the impact will be severe.”

She praised the climate strike movement, saying: “We have seen how you organize your communities … Your peers and even your parents.” And after demanding for years that their voices be heard on climate, she said: “Imagine the power of the movement you have created! The leaders are now asking for a seat at your table!”

The Summit, aiming to be different from the usual speaker-by-speaker UN meeting, took the form of a series of lively discussions and Q & A sessions, led by moderators and young people in sneakers rather than UN representatives.

Even Secretary-General António Guterres served as “keynote listener” to a panel of young people who were not only at the frontlines of the climate emergency, but also coming up with innovative ways to combat the crisis.  The over 600 attendees included 100 ‘green ticket’ winners, outstanding young climate champions chosen from around the world will receive support to participate,

“Yesterday, millions of people across the globe marched and demanded real climate action, especially young people,” said Greta Thunberg, the 16-year-old Swedish climate activist who helped ignite a global movement. “We showed that we are united. And that we young people are unstoppable,” she encouraged fellow participants, ahead of her address to world leaders on Monday at the Secretary-General’s Climate Action Summit.

Giving the front-line perspective, Fijian climate change action advocate Komal Kumar said her homeland was suffering greatly from the impact of a climate crisis it had contributed very little to creating. But people from her generation worldwide were “living in constant fear and climate anxiety … Fearing the future.”

“Things are black and white for us: We are not insurance policies, we are human beings, we are communities. Is it too much to ask you to walk the talk, are we really looking forward to false hope?” she asked.

“We demand action. Stop wasting time. Stop hindering the work [towards a sustainable future] for short term profits. Engage young people in the design of adaptation plans,” said Ms. Kumar, who warned: “We will hold you accountable. And if you do not remember, we will mobilize to vote you out.”

Wanjuhi Njoroge, an activist from Kenya, highlighted progress on restoring the country’s forest cover and said that overall, youth-led climate initiatives “will cause a revolution. [And as such], we must be allowed to influence [climate] decisions. Member States must respect our freedom of expression, including online.”

“This is the time for us to work together. I invite all of us to be the hummingbird that puts out the forest fire, as everyone else said it was impossible.”

Thanking the UN for “including the voices of our generation in the process of building paths towards a more habitable planet,” young Argentinian climate activist Bruno Rodriguez declared climate change “the political crisis, cultural crisis of our time. Enough is enough. We don’t want fossil fuels anymore.”

“The science is clear; our world leaders have an obligation to make radical change,” he stressed, adding that young climate changemakers are building a new “collective consciousness.” Turning to the Secretary-General, Mr. Rodrigues said: “Let’s stop asking world leaders to just listen to science and demand they act on science.”

My generation has a huge responsibility – UN chief Antonio Guterres

For his part, Mr. Guterres, leaving his usual formal tie behind and opting for an open collar, agreed that “one of the problems of world leaders [is that] they talk too much, and they listen too little. And … It is in listening that we learn. It is in giving the possibility for all those that represent today’s world to speak and to have their voices be part of decision-making processes that we can move forward.”

While he painted a dire picture of the impacts of the climate emergency ­– from droughts in Africa to bleaching coral reefs and heat waves elsewhere – the Secretary-General said he saw “a change in momentum” ahead of Monday’s Climate Action Summit, due to movements like those spearheaded by Ms. Thunberg, other grassroots activists and initiatives being undertaken “at the village level.”

The Climate Action Summit will kick off a series of high-level events at UN Headquarters next week to drive action for people and the planet. These meetings, running alongside the UN General Assembly’s annual general debate, will see world leaders discuss progress on the Sustainable Development Goals (SDGs), universal healthcare for all, and securing a broad-based development partnership for small island developing States.

To hear the UN Secretary-General say a few words at the Youth Climate Action Summit, click on the screen below –

To watch a recent ‘Democracy Now’ report on the world-wide Youth Climate Action  Strike that proceeded the UN Summit this September, click on the screen below –

One response to “At United Nations, Youth Activists Press For Bold Action On Climate Emergency”