“While It’s True That The Words ‘Homo’ And ‘Fag’ Are Hurtful And Unacceptable, I Think What The LGBTQIA+ Community Needs To Hear Doug Ford Say That These Words Are Homophobic.” 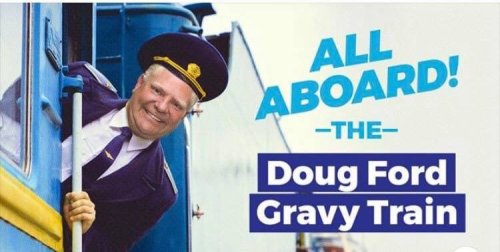 A Statement from Ontario’s NDP and Official Opposition Party

This Past Spring, Minister Lisa Thompson Refused To Acknowledge That Homophobia And Transphobia Are Real, Saying ‘Those Words Don’t Exist In My Vocabulary.’ Last Year, Ford’s Government Tried To Erase LGBTQIA+ People And Families From Ontario’s Sex-Ed Curriculum. 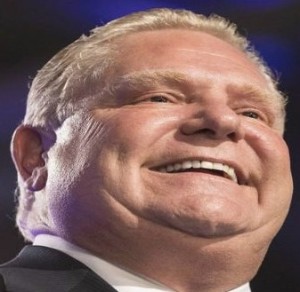 When he was campaigning a year ago in the Ontario election, Doug Ford repeatedly slammed then Ontario Liberal Premier Kathleen Wynne and her government for giving plum patronage jobs to their political friends.

LGBTQIA+ People Living In Ontario Know That Homophobia And Transphobia Are Real, And That They Impact Members Of Our Community In Profound, Sometimes Dangerous Ways. We Need More Than Soft Statements – We Need Action To Make The Lives Of Our Community Members Better, And Safer.

I Don’t Know Why Mr. Ford Agreed To Give A Golden Ticket On His Gravy Train To A Man Whose Social Media Feed Was Homophobic. What I Do Know Is That, Time And Time Again, The Ford Government Refuses To Do The Right Thing Until They Get Caught.”

To read a story in the Toronto Star about the plum patronage appointments awarded by Ford to Tyler Albrecht and three others, click on – https://www.thestar.com/politics/provincial/2019/06/20/ford-doles-out-political-patronage-plums-to-allies.html

Some Additional Information on this Issue from Niagara At Large – 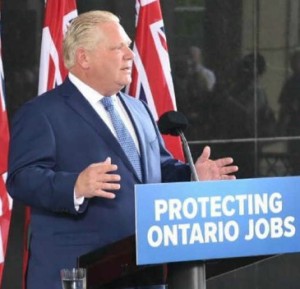 Protecting Jobs in Ontario? Protecting jobs for who?

According to some “breaking news” reported this June 21st in the mainstream media, two of the appointments, including Tyler Albrecht’s, have been cancelled, begging the question – “Does any serious vetting go on for these plum government posts, or does an eagerness to reward party hacks over-ride other considerations.

Keep in mind that Albrecht’s appointment to a key office dedicated to promoting Ontario’s interests in New York City would very likely have gone ahead, if public watchdogs had not raised serious concerns about his use of trash terms to describe members of the gay community.

For the record, here is an excerpt from a story the Toronto Star posted early this June 21st evening on this issue. As you read it, please note that Dean French is Premier Doug Ford’s chief of staff, who reportedly runs affairs in the provincial Tory party with an iron fist –

“A senior government source said Tyler Albrecht — a friend of (Dean) French’s son — will not be heading to New York as an “agent-general” and Taylor Shields, a cousin of French’s wife, won’t be taking up a similar post in London, England.

Offensive postings on Albrecht’s Facebook account, which date back to 2012 when he was a teenager, have also surfaced. They include the words “fag” and “no homo.”

The social media posts were scrubbed Thursday as his appointment was being announced, but frame-grabs captured them for posterity.

“The comments made by Mr. Albrecht are hurtful and unacceptable, and have no place in public discourse,” Ivana Yelich, the premier’s press secretary, said in a statement.”

Finally, and just to confirm once again how hard it is to keep up with some of the developments in the world of Trump-like (as in Ford) politics these days, CBC News announced, at 8 p.m. this June 21st, and just before Niagara At Large was about to post the above news release and footnotes, that Dean French, Doug Ford’s controversial chief of staff, has resigned.

For More News And Commentary From Niagara At Large – An Independent, Alternative Voice For Our Greater Bi-National Niagara Region – Become A Regular Visitor And Subscriber To NAL at http://www.Niagaraatlarge.Com .