Now it up to the rest of us – today, tomorrow and onward into the future – to stand ready to protect and preserve the democratic freedoms that they stormed those blood-washed beaches for

The bloody battle unfolds for Canadians on the shores of Normandy, France on June 6th, 1944

“You are about to embark on the Great Crusade. … The eyes of the world are upon you. The hopes and prayers of liberty-loving people everywhere march with you.” – Dwight D. Eisenhower, General  and Supreme Commander of Allied Expeditionary Forces in Europe to the roughly 150,000 Canadian, British and American soldiers, sailors and airmen fighting on and above the beaches of Normandy, France on D-Day, June 6th, 1944

Seventy-five years ago this June 6th, roughly 21, 400 young Canadians joined many tens-of-thousands of their British and American counterparts in storming the beaches of Normandy, France in what many knew at the time was a do or die campaign against the forces of fascism and the murderous evil embodied in Hitler’s  Nazi regime. 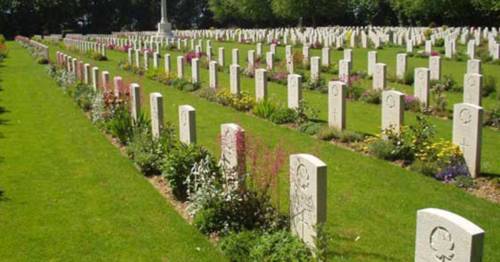 At a cemetary in Normandy, France, some of the graves of Canadian soldiers who fell on D-Day, June 6th, 1944

Before that “longest day” was over, 359 Canadian soldiers would be killed along with thousands of their counterparts on five beaches – Juno, Sword, Gold, Omaha and Utah – stretching along Normandy’s Atlantic shore.

More than 5,000 Canadians would die before the Battle of Normandy would be over in mid-July, setting the stage for allied troops to push on to Germany and finally put an end to the Hitler holocaust the following spring.

One of the many good books written about D-Day.

Seventy-fifth anniversary commemorations of that do-or die campaign for freedom against fascism – originally dubbed ‘Operation Overlord’  by its allied planners and known to most of us as D-Day – have been taking place this June 6th along the beaches of Normandy, France ,and in numerous cities and towns across Canada ,the United States, Great Britain and other parts of the world.

And compared to the earlier milestone anniversaries for what the Supreme Allied Commander Dwight D. Eisenhower also called ‘the Great Crusade’ – those held 25, 30, 40, 50 or even 70 years later – it is strikingly sad to see how few of the veterans who fought on those beaches or on any of the other battlefields of the Second World War are left to join in the ceremonies.

Most of them are gone now and as a veteran newspaper reporter in Niagara who covered many Remembrance Days and Second World War commemorations over the year, almost every single one of the residents of this region who were veterans of those campaigns, and who I came to know and respect over the years, are here no more.

Some of the young Canadians taking a brief rest as they fight their way inland during the Battle of Normandy, 75 years ago this June and July. More than 5,000 Canadians died before the campaign was over.

So it is up to the rest of us, and to younger generations of Canadians to stand on guard for the democratic freedoms they so bravely fought for.

I will admit that I  found myself thinking  of the selfless and heroic service of so many of these courageous men and women – members of what American journalist has called ‘the Greatest Generation’ –  many times over the last four or five years as I watched some of our politicians in Niagara  and some of those holding key administrative positions in government conduct themselves in ways that were an insult and an affront to the values of democracy and selfless public service that those great people fought and died for.

It often filled me with feelings of anger and disgust to watch this, and it is a reminder that we cannot take the democratic freedoms that were fought for on the beaches of Normandy for granted.

The best way of honouring those brave veterans is to promise ourselves and promise each other that we will pick up the torch and continue the fight to protect and preserve those democratic freedoms.

If we truly value, as we should the democratic freedoms that we are fortunate to have, we dare not let these brave heroes who were willing to risk everything to preserve them down.

It is our duty to them to stand up for those values every single day.