What the region needs are more housing options for renters and owners, within our cities, close to where people want to live, work and play. Not sprawling subdivisions on farmland, forests and the source of our drinking water.

From Environmental Defence, a Canada-wide organization dedicated to environmental protection

Toronto, Ontario – This (past January 15th), the (Ontario) Ministry of Municipal Affairs and Housing posted proposed changes to the Growth Plan for public comment. 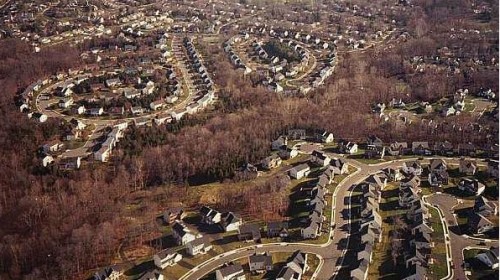 What we apparently don’t have in Ford’s Ontario is enough of this, which is not only costly in terms of lost farmland and other natural areas, but in terms of how much it costs to service lower density sprawl with roads, waterlines and other infrastructure.

These changes were proposed under the guise of helping to increase housing supply in the Greater Golden Horseshoe (GGH), by loosening the regulations in place that encourage building within our existing town and cities, and instead favouring sprawl.

Given that government data shows that there is more than enough land designated for development within existing cities and towns to accommodate the expected population growth until 2041, we see this move as another example of the Ontario government bowing to the pressure of sprawl developers.

These changes, combined with those proposed in Bill 66, mark an end to provincial rules that support smartly planned, transit friendly communities, and the protection of farmland, natural heritage areas, and clean water.

Key Changes to the Growth Plan

What the region needs are more housing options for renters and owners, within our cities, close to where people want to live, work and play. Not sprawling subdivisions on farmland, forests and the source of our drinking water.

About ENVIRONMENTAL DEFENCE – Environmental Defence is Canada’s most effective environmental action organization. We challenge, and inspire change in government, business and people to ensure a greener, healthier and prosperous life for all.

For more information on the organization, click on – (www.environmentaldefence.ca) .