A News Commentary by Fiona McMurran, a citizen activist residing in Niagara, Ontario and long-time member of the South Niagara Chapter of the Council of Canadians 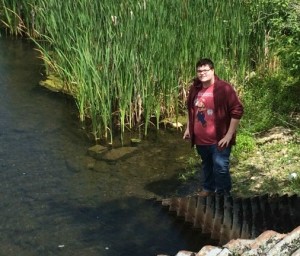 The South Niagara Chapter of the Council of Canadians delivered a message in a bottle to the Trudeau government calling for the restoration of protections to Canada’s waterways.

In 2012, the federal government under now former Prime Minister Stephen Harper launched a wholesale attack on Canada’s environmental protections. Among the substantial changes to legislation and regulations was the refashioning of the Navigable Waters Protection Act, which became the Navigation Protection Act.

The revised Act removed 99 per cent of Canada’s lakes and rivers from the Schedule of protected waterways, leaving them vulnerable to damaging impacts from industrial projects such as dams, pipelines, fish farms, and mines.

If a company proposes to build an industrial project “in, on, over, under, through, or across” any of the 99 per cent of lakes and rivers in Canada, the company does not have to apply for a permit under the act even if the project could affect boating, recreation, or other forms of navigation.

In effect, the focus of the Navigation Protection Act is on Canada’s major shipping routes. The Trudeau government, which had promised in 2015 that it would restore protection, tasked the Standing Committee on Transport, Infrastructure, and Communities with reviewing the Act.  The Committee’s Report, tabled in March, fails to restore the needed protections.

To encourage restoration of water protections, the Council of Canadians launched the campaign Every Lake, Every River. Jake Falardeau and Melissa McGlashan of the South Niagara Chapter collected samples from unprotected waterways within the Niagara Centre riding, and presented them to Vance Badawey, Liberal MP and member of the Transport Committee, to highlight how many of our waterways are unprotected.

Chapter members were most encouraged by the informed and engaged reception from Mr. Badawey, who has been active in bringing in federal attention to water issues across Canada. For example, Mr. Badawey founded the Great Lakes-St. Lawrence Seaway Caucus, a multi-party parliamentary caucus which works to protect the economic, environmental, and social aspects of this important resource.

At the meeting, Chapter Chair Fiona McMurran, presented Mr. Badawey with a copy of Boiling Point, the latest book by Honourary Council of Canadians’ Chairperson and world-renowned water protector, Maude Barlow. Her book argues that all of Canada’s 31,000 lakes and 2.25 million rivers should be immediately listed under the Schedule of protected waterways and protected under a restored and enhanced Navigable Waters Protection Act. 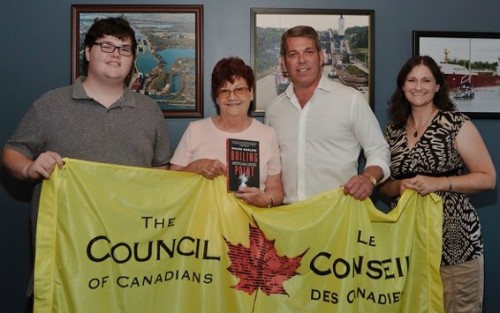 MP Badawey was extremely happy to sit down with members of the Council of Canadians to discuss the NPA. He stated that the Standing Committee on Transport, Infrastructure and Communities has made recommendations on the Act.

“That the government maintains the Schedule but rapidly improve the process of adding waterways to the Schedule by making it easily accessible, easy to use and transparent and that a public awareness campaign be put in place to inform stakeholders of the process,” said Badawey.

The Government of Canada’s review of environmental and regulatory processes includes restoring lost protections and incorporating modern safeguards into the NPA.

Transport Canada will continue to work with other departments, including Fisheries and Oceans Canada, the Canadian Environmental Assessment Agency, and Natural Resources Canada, as part of this review.

We will continue to engage partners and stakeholders in reviewing the NPA and proposing ways to restore lost protections and incorporate modern safeguards for the protection of the public right of navigation in Canada,” concluded Badawey.