Trudeau Government Continues Allowing Canada’s Largest Corporations to Pay Less and Less Taxes Than the Rest of Us – . AND WHY?

News from Canadians for Tax Fairness, a non-profit, citizen-based advocacy group for fair taxation for all

It seems to be all who has the most money and power with this guy and his Liberal minions.

(A Brief Foreword from Doug Draper at Niagara At Large – When Justin Trudeau and his cabal of federal Liberal Party candidates first ran against the then-Conservative Harper government in the mid 2010s, they suggested that if they formed the next government, which they did, they would do something to make taxation fairer for all of us. And that included making the richest among us pay their fair share,

That has clearly turned out to be another shovel load of bullshit the federal Liberals has dumped on everyday, hard-working Canadian people. For more, read the following from Canadians for Tax Fairness.) 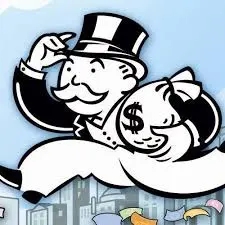 The Trudeau’s tax dodgers keep getting away wiith more and more, and to hell with the rest of us

Ottawa, Ontario  – Federal Revenue Minister Diane Lebouthillier (the revenue minister for Canada’s Trudeau government) needs to be transparent with Canadians about how governments lost over $30 billion in revenue last year due to an unexplained doubling in corporate tax avoidance, says Canadians for Tax Fairness.

The average corporate tax avoidance in the three years before the pandemic was $13.5 billion.

“This unexplained loss of $30 billion could not come at a worse time,” said Canadians for Tax Fairness economist DT Cochrane, who authored the report. “Canadians face inflation, a housing crisis, understaffed hospitals, and we are likely heading for a recession, when public needs can be expected to rise.”

“Canadians for Tax Fairness are asking Revenue Minister Bouthillier to investigate the specific tax tactics causing this unexpected doubling and be transparent about the cause of this worrying loss of public revenue,” said Katrina Miller, executive director.

The C4TF report tracked the profits and tax paid by 123 profitable Canadian companies with data for the five years studied and market capitalization of $2 billion or more. Together, these companies avoided paying $30 billion in tax in 2021 alone, though corporate filings and Statistics Canada data don’t indicate a reason. No significant corporate tax rule changes came into effect for 2021.

The usual corporate tax rate across Canada is 26.5 per cent of profit. In 2021, tax avoidance lowered the effective tax rate to just 15.3 per cent for these 123 companies.

Suncor Energy Inc., Manulife Financial Corp., Enbridge Inc., Royal Bank of Canada., Thomson Reuters Corp., Fairfax Financial Holdings Ltd. and Shopify Inc. all paid at least $1 billion less than they would have at the usual rate of 26.5 per cent.

Our vision is a country where taxation is regarded as a way to invest in Canada and Canadians. We believe in a progressive tax system where all individuals and corporations pay their fair share. We believe that Canada in the 21st century should be a society in which economic disparities are decreasing, basic needs are met by investing in high-quality public services, economic policies are designed to create good quality jobs and protect our environment, and the will of the people drives our political process.

For more information on this issue, click on – Unaccountable: How did Canada lose $30 billion to corporations? | Canadians for Tax Fairness

NAGARA AT LARGE Encourages You To Join The Conversation By Sharing Your Views On This Post In The Space Following The Bernie Sanders Quote Below.