A Report from Environmental Defence, a citizens group advocating for our environment 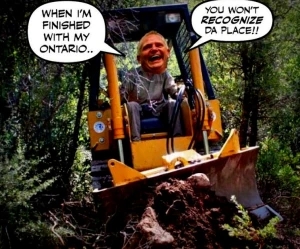 Paving more paradise, even in a time of climate crisis

Toronto | Traditional territories of the Huron-Wendat, the Anishnaabeg, Haudenosaunee, Chippewas and the Mississaugas of the Credit First Nation – A report released today from Environmental Defence reviews the Ontario government’s last four years of climate change policy and argues that Ontario is not on track to meet the province’s emissions reduction target, despite recent modelling released from the provincial government.

The report titled Hot Hot Air (and other gases): A Review of the Past Four Years of Ontario’s Climate Change (In)Action, tracks how the current Ontario government took an axe to virtually all of the province’s existing climate policy when it took office, resulting in lost revenue and money wasted in court and legal challenges. 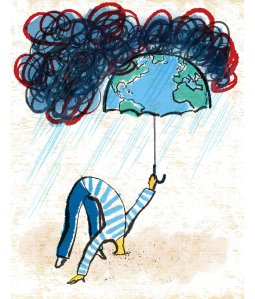 Doug Ford and his enablers

It also failed to follow its own climate change plan, which was exposed as lacking credibility, and has essentially not implemented any new climate policy since taking power. Based on its current legislated policy, Ontario is not on track to reach its emissions reduction targets, and greenhouse gas emissions in 2030 are projected to be essentially unchanged from 2019.

“Ontario missed out on billions in revenue and got sued for millions in damages due to the government’s ideological battle against carbon pricing and renewable energy,” says Keith Brooks, Programs Director of Environmental Defence and author of the report. .

“Ontarians need to know that the government has done next to nothing to fight climate change the past four years and instead has made more of an effort to battle those who are taking climate action.” 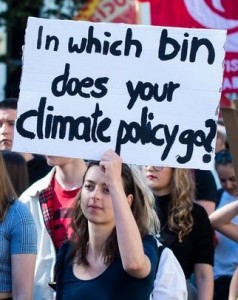 Ontario has made a few recent moves that will help shift the province to a low carbon economy. However, analysis done for Environmental Defence and presented in the report projects that based on current legislated policies, Ontario’s emissions in 2030 will be 160 Megatonnes (MT), only 5 MT lower than in 2019 and 16 MT short of Ontario’s 2030 target.

“Ontario has been playing pretend on climate change for years, wasting time we just don’t have,” added Brooks. “Ontario is the second largest greenhouse gas emitting province in Canada. It’s shocking that the provincial government could be so derelict in this effort, given the severity of the climate emergency.”

The report concludes that Ontario has ample capacity to reduce emissions, and there are many things that can be done to tackle greenhouse gas emissions from the major sectors of the province’s economy, including:

The full report is available here.