A News Release from the Niagara Poverty Reduction Network

Niagara, Ontario – The Niagara Poverty Reduction Network is pleased to announce that Niagara SPCA and Humane Society has become a certified living wage employer at the Champion level.

The Niagara SPCA and Humane Society serves eight municipalities in the Niagara region, as well as Haldimand County and the Mississauga’s of the New Credit. They operate three shelters, one low cost animal clinic, and two mobile animal hospitals that travel throughout the province.

They work with like- minded partners for the welfare of all animals and have transfer agreements worldwide for areas that experience over pet population. All 15 full time and 22 part time employees are paid above the Niagara region living wage rate of $18.90/hour and have a full benefit package.

“We are very pleased that we came in at the Champion level under the provincial living wage certification program. We value all of our employees and realize it can be a tough job at times. We want to encourage a positive work environment for our long time employees as well as for younger and new employees to allow them to make a career at the Niagara SPCA,” said John Greer, Executive Director at Niagara SPCA and Humane Society.

“Many not-for-profits struggle with the issue of employee compensation due to budget constraints, but at the Niagara SPCA it is our philosophy that not only is it our job to look after the animals of the Niagara region but also, to the best of our ability, make sure our staff are able to cope with today’s financial struggles.”
“We’re pleased to have on-going support from local employers who recognize the value and benefits of paying at least a living wage. Paying a living wage is direct action to address poverty and helps people afford the cost of living,” says Jennifer Gauthier, Vice Chair, Niagara Poverty Reduction Network.

A living wage reflects what earners need to be paid based on the actual costs of living and being included in the community. A living wage is not the same as the legislated minimum wage. It is a voluntary commitment that employers can make to compensate directly-employed and contract- employed full-time and part-time workers. 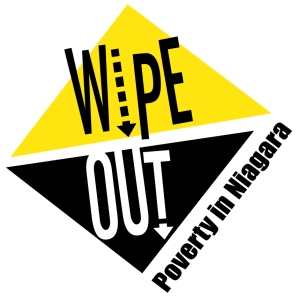 The Niagara Poverty Reduction Network is a collective of over 30 agencies and individuals working to wipe out poverty in Niagara through education, collaboration, and advocacy to address poverty’s root causes.

For more on the Niagara Poverty Reduction Network and its work in Niagara, Ontario, click on – https://wipeoutpoverty.ca/