Congressman Brian Higgins, Chair of the Canada-U.S. Interparliamentary Grou and Northern Border Caucus, Calls on U.S. Government to do Same for Canadians

The Peace Bridge crossing between Fort Erie, Ontario and Buffalo, New York will probably not be anywhere near this empty of traffic by the middle of this coming August

Buffalo, New York area Democratic U.S. Congressman has had an ongoing record of speaking out for our shared Great Lakes, with no apparent support from his Liberal MP counterparts on the Canadian side.

“We have missed you Canada and we are thrilled at the opportunity to return soon. Today’s announcement by the Canadian government puts policy in line with science. This will allow fully vaccinated Americans separated from their families and property in Canada for a year and a half, to be re-united in three weeks. “

“It is extremely frustrating that the United States government has failed to reciprocate current family exemptions already allowed by the Canadian government and failed to show a lack of urgency to make any progress on this side of the border toward lifting restrictions. 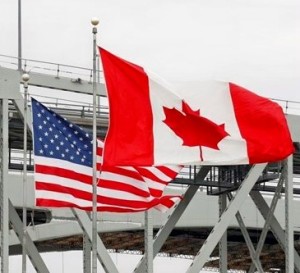 “There are logistics to be worked out and questions to be answered certainly, but the U.S. has neglected to give re-opening the Northern Border the serious attention it deserves, and there is no excuse. Failure to coordinate this announcement in a bi-national way will only lead to confusion among travelers. We will continue to push for action by the U.S. government to welcome our Canadian neighbors back.”

To review the Canadian Government’s July 19th announcement and the requirements now in place for border crossing, click on – https://www.canada.ca/en/public-health/news/2021/07/government-of-canada-announces-easing-of-border-measures-for-fully-vaccinated-travellers.html