“Frontline health care heroes are worried they’ll be forced to implement the triage protocol they’ve been briefed on. They don’t want to make the impossible decision of who is more worthy of life-saving care, like ventilators or trained ICU nurses,” said Gates.

“This government is directly responsible for the surge in COVID-19 cases and resulting deaths. They have repeatedly ignored the advice of public health experts. They are more concerned with how their stakeholders may react, than doing what is desperately needed to save lives and avoid having to use the triage protocol.” 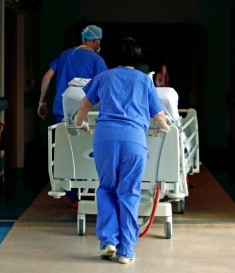 How much more can Ontario’s hospital workers take?

Niagara has been a COVID hotspot with 387 deaths.  Some nurses are seeing two or three patients die per shift. Eighty three patients have COVID and 387 Niagara residents have died from the virus.

“This government calls them heroes but refuses to listen to public health experts and take the actions needed to protect people, help nurses and save lives,” said Gates. “Will the premier immediately implement provincial paid sick days, ensure paid time off to get a vaccine, close non-essential businesses and get direct financial support to workers and small businesses?”