What Gives With the Messy COVID Vaccine Roll-Out in Niagara? 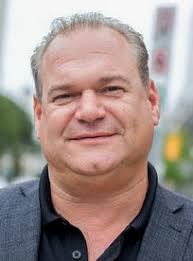 Mr. Jeff Burch: Vaccines are the light at the end of a very long tunnel, but in my community in Niagara, the vaccine rollout has been rife with confusion due to the actions of this government.

We still have no answers on the diverted shipment of 5,000 Moderna vaccines away from Niagara. I’ve heard from countless constituents from all age groups who were told conflicting information for the provincial booking portal, and had difficulty booking their appointments.

The province earmarked selected areas for priority access to COVID-19 vaccines, but people across the province were confused when some of the areas with higher case numbers were not selected.

Welland, a city in my riding, has the highest case count per capita in Niagara. The mayor, the CAO and the fire chief have written to the Premier, respectfully and urgently requesting additional shipments of vaccines to protect our community.

Premier, it is imperative that you review the data, listen to the science, and get vaccines into Niagara and communicate clearly so that we can get them into the arms of our citizens as quickly as possible.