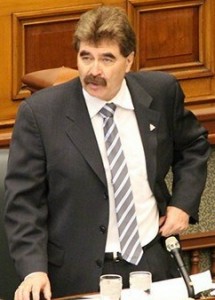 NIAGARA FALLS, Ontario – Niagara Falls NDP MPP Wayne Gates is calling for Greycliff Manor retirement home to be subject to an emergency takeover by the province after learning of deplorable living conditions in the facility.

The resident died in recent days of non-COVID causes, and in the final days of his life he lay in bed surrounded by faeces and urine on the floors in a filthy, unsafe room. The resident’s family, including his 10-year-old daughter, was forced to clean the room themselves prior to saying good-bye to their loved one.

“During the last several months we have really witnessed the neglect and heartbreak that exists in our long-term care and retirement homes—the state of this residents room at Greycliff only reinforced that,” said Gates. “It is heartbreaking, disgusting and inhumane, and it shouldn’t go on for another day longer.

“We have spoken with Niagara Region Public Health and the Retirement Home Regulatory Authority (RHRA) on this issue—something must change, people don’t deserve to live like this. We know that the homes owners’ had their license revoked, but that doesn’t take effect for months, and people are suffering now. We can’t turn our backs on the people living in homes like these.”

Greycliff is a for-profit facility owned by the Martino families. The Retirement Homes Regulatory Authority has revoked its license effective June, 2021, along with five other Martino-owned homes.

The NDP has repeatedly called for the RHRA to be replaced with a body that has the authority and the mandate to enforce strict regulations to keep residents comfortable, safe and cared for. A report from Auditor General Bonnie Lysyk in December 2020 highlighted the growing number of retirement home residents not getting the support they need, and not even getting the protection of any oversight.

For related news on this private operator, from CBC, click on – https://www.cbc.ca/news/canada/hamilton/retirement-home-licence-revoked-1.5823174 .