This is the Best Canada’s Tories  Have to Offer – A Century Old Industry that is Devastating Our Planet!

A Brief Commentary by Niagara At Large reporter and publisher Doug Draper, followed by a statement from Canada’s Conservative Leader Erin O’Toole 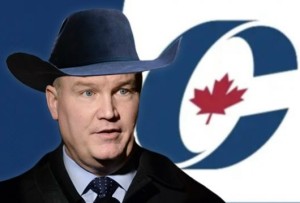 The baloney that Conservative Party politicians across Ontario and Canada have tried foisting on us for as many decades as I can remember is that they are the ones that are sound economic leaders, and other parities – Liberal or NDP – would drive our economy into the ditch.

One more piece of evidence that proves that this Tory claim is pure, unadulterated baloney is the response we are getting from the likes of Canada’s Conservative leader, Erie O’Toole and Alberta’s loudmouth premier, Jason Kenney, to the news that this January 20th, 20221 – within a few hours of taking the oath of office – U.S. President Joe Biden followed through on a promise to cancel further construction of the Keystone XL pipeline between the Alberta borders of Canada and the Gulf Coast of the United States.

For anyone who may still not be aware, the Keystone XL pipeline would be a lifeline for pumping tarry goo from the so-called “oil patch” or tar sands of Alberta – one of the filthiest and most environmentally destruction energy mining industries on the planet – to oil refineries along the American Gulf coast. 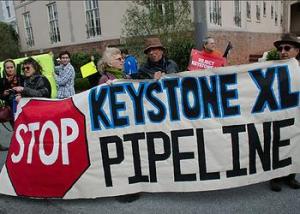 And for any politicians who may not be aware – including those in Conservative Parties in Canada who claim to be so business-smart – the walls have been closing in on carbon-polluting business for decades now.

Yet successive federal and provincial governments in Canada continued to subsidize the tar sands operations in Alberta as if, like a bunch of drunks, they thought the party would go on forever.

Should they do what other regions of the world that made it big on fossil fuels over the past century, and use some of the profits to diversify their economies, including invest in more renewable forms of energy.

In Canada, the answer seems to be – “To hell with that!”

So now you have backward thinking Conservative leaders like Alberta’s premier, Jason Kenny, calling a U.S. president’s inevitable signing of an executive order to halt the Keystone XL pipeline “a blow” and the Neanderthal federal Conservative leader Erin O’Toole calls it “devastating.”

So let me ask you something.

Why would we want backward-thinking, dead brains like this running our country in the 21st century?

Ottawa, Ontario — The Hon. Erin O’Toole, Leader of Canada’s Conservatives and the Official Opposition, issued the following statement regarding the cancellation of Keystone XL:

“We need to get as many people back to work, in every part of Canada, in every sector, as quickly as possible. The loss of this important project only makes that harder. 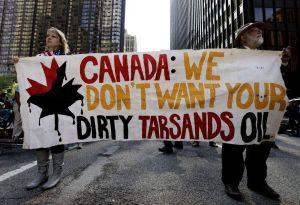 “Justin Trudeau should have done more to stand up for our world-class energy sector and the men and women who depend on it to provide for their families.

“For years, Conservatives have been calling on the Trudeau Liberals to champion Canadian energy and workers. Yet, they have failed to do so time after time.

“Keystone XL is a project of national significance. Securing jobs in the resource sector is an essential part of getting Canadians back to work and Canada’s economic recovery.

“Canadians can count on Conservatives to do whatever it takes to get Canada working again.”