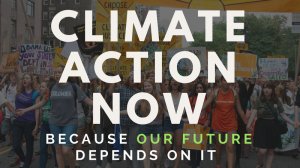 Ottawa, Ontario – Our organizations call on the federal government to not finalize equivalency agreements with Alberta and Saskatchewan until regulations can be shown to achieve Prime Minister Trudeau’s commitment to reduce methane emissions from oil and gas facilities.

Draft agreements that allow those provinces to apply their own methane regulations instead of federal rules may be finalized soon, despite the inadequacy of both the provincial regulations and the federal regulations they will replace.

The federal government has known for at least four months that the sum of methane regulations in Canada will not achieve the promised methane reductions of 40 to 45 per cent below 2012 by 2025. Far from it. Environment and Climate Change Canada’s (ECCC) own model shows emission reductions will only be reduced by 29 per cent.

Over a month ago, the office of ECCC Minister Jonathan Wilkinson stated that he is “committed to strengthening these measures if required.” [https://www.cbc.ca/news/politics/canada-short-methane-emissions-target-1.5713439]

And yet ECCC is close to finalizing agreements with Alberta and Saskatchewan as written. These are five-year agreements, and revisiting them before 2025 will be politically difficult once they are finalized. 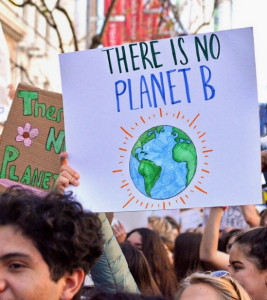 Canada cannot fail on this commitment. There is already a large and growing gap between Canadian climate policies and Canada’s 2030 commitments under the Paris Agreement, and methane reductions are needed to support the recent Throne Speech commitment to strengthen that target.

Reducing oil and gas methane is one of the cheapest and easiest climate solutions, and the only one focused on the largest source of carbon emissions: oil and gas companies. Missing the mark on methane means more expensive GHG reductions have to come from lower-emitting sectors and provinces.

Methane regulations require upgrades to old and leaking equipment and more frequent inspection to find leaks of toxic gases. In addition to their climate impacts, these gases can harm residents, communities and workers. Canada should not allow companies to pollute, endangering human health and the environment, when cheap solutions are available.

The federal government must also, over the short term, fix the model that it uses to estimate methane emissions and emission reductions achieved through regulations. It is in part because of inaccuracies and uncertainty with the model that we are in a situation where there are serious doubts that Canada will achieve its 2025 methane commitments.

About CLEAN AIR TASK FORCE: Clean Air Task Force is a nonprofit environmental organization of scientists, engineers, MBAs, policy experts, lawyers and communications professionals in offices across the U.S. and now in Europe.

We work to safeguard against the worst impacts of climate change by catalyzing the rapid global development and deployment of emerging and proven low-carbon energy and other climate-protecting technologies through research and analysis, legal advocacy, promoting thought leadership and partnership with the private sector. For more information, please visit www.catf.us [http://www.catf.us] .

About DAVID SUZUKI FOUNDATION: The David Suzuki Foundation (  davidsuzuki.org ) is a leading Canadian environmental non-profit organization, collaborating with all people in Canada, including government and business, to conserve the environment and find solutions that will create a sustainable Canada through evidence-based research, public engagement and policy work. The Foundation operates in English and French, with offices in Vancouver, Toronto and Montreal.

About ENVIRONMENTAL DEFENSE FUND ( edf.org ) : Environmental Defense Fund [, a leading international nonprofit organization, creates transformational solutions to the most serious environmental problems. EDF links science, economics, law, and innovative private-sector partnerships. With headquarters in the United States and offices in China, Indonesia, the United Kingdom and Mexico, EDF’s 750 scientists, economists, attorneys and other experts work in 26 countries to turn our solutions into action. Connect with us on [https://www.facebook.com/EnvDefenseFund/] .