“Niagara Public Health has re-assigned staff from programs like mental health to try to manage the caseload.”

“Doug Ford’s attempt to save money by ignoring the second wave is costing Ontario much more than it should have,” said Horwath. “We now know that he ignored warnings about the second wave, denied requests from municipalities for public health support, and failed to strengthen protections in long-term care properly because he wanted to save a buck.”

“By choosing to pinch pennies and do the bare minimum, he’s cost us so much more.”

Experts have been pleading for stronger public health measures – from medical officers of health to the president and CEO of the Ontario Hospital Association. 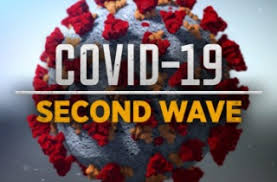 “Doug Ford has put us on the brink of another health and economic disaster by failing to take action months ago. Stronger public health measures, and a big boost for public health, could still impact how many people get sick, it could still save lives, and it will have a direct impact on how long and difficult this second wave is for all Ontarians.”

Toronto Public Health has stopped contact tracing because they can’t keep up. Niagara Public Health has re-assigned staff from programs like mental health to try to manage the caseload. Ottawa public health has warned that it’s in “crisis.”