“The arrest and charges speak to two broader, unacceptable patterns. The first is a longstanding colonial pattern of criminalizing Indigenous people. The second is a more recent pattern of police laying charges against journalists for covering land disputes between the Crown and Indigenous people.”             – Ontario’s Official Opposition New Democrats 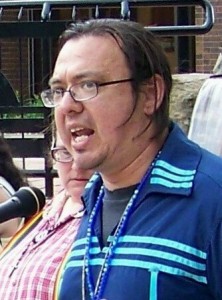 QUEEN’S PARK – Official Opposition NDP MPPs Sol Mamakwa, critic for Indigenous Relations and Reconciliation, and Kevin Yarde, critic for Community Safety and Correctional Services, released the following statement regarding reports that the Ontario Provincial Police have pressed charges against Karl Dockstader, a journalist covering a developing story in Caledonia who is also a member of the Oneida Nation of the Thames:

“Reports of the OPP’s arrest of and laying charges against Karl Dockstader – a journalist with 610 CKTB and a co-recipient of the 2020 CJF-CBC Indigenous Journalism Fellowship – are deeply disturbing. Dockstader is an award-winning Indigenous journalist, who was covering an ongoing land dispute between members of Six Nations, the band council, and a development company over the Haldimand Tract.

The arrest and charges speak to two broader, unacceptable patterns. The first is a longstanding colonial pattern of criminalizing Indigenous people. The second is a more recent pattern of police laying charges against journalists for covering land disputes between the Crown and Indigenous people.

These charges, which ban Mr. Dockstader from the site in question, effectively undermine his established constitutional right as a member of the media to be present to cover matters of public interest. Unchecked, these charges could put a disturbing chill on journalism and freedom of expression.

We will be monitoring Mr. Dockstader’s case and the surrounding land dispute closely. We call on the Solicitor General – whose role also includes overseeing anti-racism strategies in the province – and the Minister of Indigenous Affairs to monitor this situation closely as well. We urge the Ford government to take this seriously.” 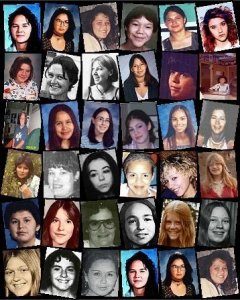 Here are some of the many hundreds of missing Indigenous women and girls across Ontario and Canada that the cops have not managed to get to the bottom of and charge and convict anyone for yet. Don’t you kind of wonder if the number of charges and convictions would be greater if these women were white? But the cops sure don’t mind arresting and charging a Niagara area Indigenous activist and journalist Karl Dockstader alright.

If police departments across Canada, including our own Niagara Regional Police Service, wonder why so many people are now asking for fundamental reform in policing, including defunding, in some cases, they need to take e a look at what they are doing right now to Indigenous journalist Karl Dockstader.

Indeed, if police departments in this country and province are now  wondering why they are being accused of  “systemic racism” and on going down on ordinary citizens like some kind of para-military goon squad for governments and corporations that, at the end of the day, they really serve , this incident involving a good person in the name of Karl Dockstader exemplifies the reason why.

You want to go back to the 1960s, when citizens protesting in the streets for peace and justice took to calling the cops that beat the crap out of them “PIGS,” then keep on going down on us for your political and corporate masters

At the end of the day, that is who you really serve, isn’t it. Mr. Police Man!

We have  a situation right here in Niagara where our Niagara Regional Council and Niagara Regional  Police Board  approved spending more than a quarter of a million dollars on what looks to us like a military tank.

What do we need this militarized tank for on the streets of Niagara – paid for this more than $250,000 of our tax dollars. Thanks Niagara Region for bringing this on. Would this have caught Paul Bernardo earlier? My guess is that more intelligent police work would. – Doug Draper

What are they going to use that piece of military shit on? Us?

Another Karl Dockstacer if he happens to get in the way of some powerful developer who wants to destroy more of our natural heritage?

Did you ever stop to think that there might be some white collar criminals out there that you could bust? Apprently not, for the results we have so far seen.

More of the disturbing  state of policing in our province and country later.

For another story Niagara At Large posted on Karl Dockstader’s arrest, click on – https://niagaraatlarge.com/2020/09/04/indigenous-journalist-and-niagara-activist-karl-dockstader-arrested-while-reporting-on-land-defense-issue-in-haldimand-county/