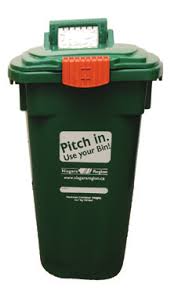 Niagara, Ontario – Demand for Green Bins in Niagara has spiked by 127 per cent (June /July 2020 compared to June/July 2019) in advance of curbside waste collection changes coming Oct. 19, and Niagara Region has responded by preparing 2,000 new bins for residents to pick up.

The new Green Bins arrived recently following a surge in requests from residents. Niagara Region is encouraging residents, who do not have a Green Bin – used for recycling food and organic waste, to purchase a bin if they do not have one ahead of the coming shift to every-other-week garbage collection.

Blue/Grey Box and Green Bin material will continue to be picked up weekly.

“People have really begun to get on board with the Green Bin program since we’ve launched our Box It. Bin It. Sort It campaign,” says Catherine Habermebl, director of Niagara Region Waste Management. “Since we first posted on social media on June 17 about the changes, we had more than 2,000 people pick up a Green Bin, which almost depleted our current stock.”

Habermebl said, “We’re thrilled to see the response by Niagara residents and hope to continue to see the numbers rise before and after the collection changes occur in October. It’s important to divert recyclables and organic material away from our local landfills, which in return provides economic and environmental benefits.”

Currently, only half of Niagara’s residents are using the Green Bin to recycle their organic waste. With the upcoming changes to garbage collection, the Region hopes that more residents will start to “Box it. Bin it. and Sort it” at the curb, in an effort to reduce what is being sent to local landfills. 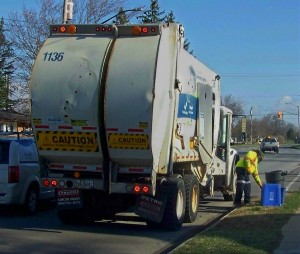 The most recent waste audit found that approximately half of what goes into Niagara’s garbage bags is actually organic waste that could be placed in the Green Bin.

The most recent design of the Green Bin features an orange raccoon-proof latch to more effectively keep rodents (and other pests) out than the previous design.

Green Bins are sealed containers which prevent smells and impede pests more effectively than garbage bags. Food scraps placed in the garbage do not break down in landfill due to the lack of oxygen and instead contribute to the emission of greenhouse gases.

The cost of a Green Bin is $17. Recycling boxes (blue and grey) sell for $6. Broken curbside recycling and organics containers (Grey, Blue, Green, Kitchen Catcher) can be replaced free of charge by visiting the list of locations provided in the list below.

New homeowners and new renters are entitled to obtain one free Blue Box, Grey Box, Green Bin and Kitchen Catcher, if they do not have them already, within the first year of occupancy.

To pick up free containers visit one of the locations below within twelve months of the possession date or occupancy of your residence by:

Some of the Region’s container distribution locations remain closed due to COVID-19, but the following locations are open for buying / exchanging containers:

Our website has updated information on container distribution locations  <https://www.niagararegion.ca/waste/containers/container-locations.aspx&gt;. It is recommended that containers bepre-purchased online <https://www.niagararegion.ca/waste/&gt;, and people can select from available locations for pickup. Containers, including Green Bins, are available for purchase year-round.

The most common use for a Green Bin is food waste, but can also be used to discard used tissues, paper towels, coffee grinds and coffee filters, pet waste (wrapped in newspaper or placed in a certified compostable bag) and even dryer lint.

Tips on using a Green Bin:

For more information on the changes to waste collection, visit our website <https://www.niagararegion.ca/waste/default.aspx>.