From the Office of Ontario Education Minister Stephen Lecce

“I have offered all teachers’ union federations a fair and reasonable plan, which should pave the way to reaching a good deal that keeps students in class.

The government has consistently made reasonable moves – effectively freezing class room sizes, a parental opt out for online learning, a commitment to  full-day kindergarten, and one hundred per cent investment in special education.

The time for a deal is now, I urge the unions to stop this disruptive escalation  and return to the table to get a deal that is fair for parents, students, and  educators.”

A few of the thousands of Niagara, Ontario area teachers, participating earlier this winter in one of a series of one-day strikes across Ontario. They stress that it is not about compensation for them, but about the future of quality public education in the province. File photo by Doug Draper

A Brief Footnote from Doug Draper at Niagara At Large –

With the above statement from Ontario’s Minister of Education, one begins to wonder how many more hours or days go by before the province’s Premier, Doug Ford – who frames his fight not so much as being with concerned teachers, parents and students, as much as it is with “union bosses” – tables anti-strike or back to work legislation?

As part and parcel of possibly moving in that direction, the Ford government recently publicly highlighted the following officers it has made to Ontario’s teacher unions –

For another recent News Release from Ontario’s Education Minister, outlining and further detailing the recent offers the provincial government has made to teachers to end strike actions, click on – https://news.ontario.ca/edu/en/2020/03/ontario-announces-a-fair-plan-to-keep-students-in-class.html

Following the release of the above statement by Ontario Education Minister Stephen Lecce this March 5th, a similar statement about the ‘reasonableness’ of the Ford government’s proposals was released by Niagara West MPP Sam Oosterhoff, who serves in the government as Assistant to the Minister of Education. Here it is – 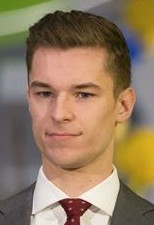 TORONTO – Today (March 5th), Sam Oosterhoff, MPP for Niagara West and Parliamentary Assistant to the Minister of Education issued the following statement in response to continued strike action by the teachers’ unions:

“During the negotiation process, the Government tabled proposals with each of the education sector unions, which included substantive moves on lowering class sizes, support for students’ unique learning needs, full-day kindergarten, as well as reasonable proposals on merit-based hiring and compensation.

While we continue to make reasonable proposals at the bargaining table, the unions have not made any substantive changes to their original proposals.

Our proposals include a funded maximum average class size of 23 in secondary school and replacing the previous Local Priorities Fund with a new, student-centric Supports for Students Fund which allow boards more flexibility to address students’ unique learning needs, including special education, mental health, and STEM education. We are also keeping our commitment to maintaining full-day kindergarten.

Our government’s priority is and always will be to invest in schools and classrooms, while teachers’ union leaders remain focused on increasing compensation and enhancing their already generous benefits packages.

The time for a deal is now. I urge the unions to stop this disruptive escalation and return to the table to get a deal that is fair for parents, students, and educators.”