Gayle Wood, the Niagara Peninsula Conservation Authority’s outgoing interim CAO, returned to the NPCA, where she began her career in conservation years ago, when it desperatley needed someone like her to get the body back on track

I’m sure most of us can point to organizations that are in such a bad state of disarray, we wonder who on earth would want the job of cleaning them up.

Yet when it is an organization as important as the Niagara Peninsula Conservation Authority (NCPA) – one that citizens from across this Niagara region and from eastern parts of Hamilton and Haldimand County count on to look after our precious conservations lands and the health of our watersheds – we certainly hope that someone is willing to take on the job and try.

Over the past 10 months, after literally years of the NPCA  being mismanaged and , in this journalist’s view, being largely hijacked by a number of  now-mercifully-out-of-our-hair miscreants who seemed to have just about anything other than conservation or protecting our environment on their minds,  someone was.

Her name is Gayle Wood, a resident of Niagara-on-the-Lake and a seasoned conservationist with a solid resume in her field and a gold-plated reputation for building and bringing out the best in other Conservation Authorities in the province.

Gayle Wood, who began her career at the NPCA many years ago and who is leaving her job as its interim Chief Administrative Officer (CAO) this December (her last day is Friday, December 20th), began working her special kind of good karma at the Conservation Authority this past March.

She came in with the coming together of a relatively new board of directors (and one that was as motivated to get the NPCA back on a conservation track as the old board wasn’t), and from the first board meeting  on, with her at the table, it was like a new dawn for this long-beleaguered body.

Bill Hodgson (left), a former Lincoln regional councillor and former NPCA board member, with St. Catharines community activist and current NPCA board member Ed Smith. Under the watch of interim NPCA CAO Gayle Wood, the current board issued an apology to Hodgson for actions the former board took to censure him after he lobbied for an independent audit of NPCA operations. The old board sued Smith for raising questions and concerns about NPCA operations, but that suit was dismissed by an Ontario court judge more than a year ago.

Gayle Wood began her first board meeting last March with a meet and greet for members of the public, including ordinary citizens and members of the news media who were treated like persona non grata by her predecessors in management and by an old board dominated by members of now former Niagara regional chair Al Caslin’s so-called “cabal” for simply demanding to know what those same rascals were doing with the millions of tax dollars the NPCA receives from area municipalities each year.

With  a supportive new board and what remained of the good people on staff working with her, Wood promised and made good on a new era of openness and accountability.

She shunned any use of what her processors in the top job made of a big, expensive rental vehicle, and she invited members of the public who were previously not invited to speak or who had their mikes abruptly cut off by the old guard, to make presentations at board meetings.

With the new board’s blessing, she also had that big black strap that separated the old board from members of the public, and that was so obviously looked like a line of demarcation, like  the yellow tape police use to restrict access to a crime scenes, removed from the meeting room.

Unwelcome signs like this, aimed at members of the public outside NPCA board meetings, disappeared under the watch of Gayle Wood and the new board

Also gone, where the old cabal-installed signs reading; “Aggressive or intimidating behaviour, harassment or course language will not be tolerated” – signs that reeked of Trump-like projection and were more telling of the conduct around the board table than of citizens on the other side of that black strap.

The disappearance of the unwelcoming signs and black strap may go down to some as a symbolic gesture, but it was much more than that to many of us who have lived through the nightmare years with this organization.

It sent out a clear message that this is an NPCA that wants to return to the years before the cabal, when it functioned as a public service group that put conservation and environmental protection first, and that worked  on those priorities, as part of a team with community volunteers and other citizens in the Niagara watershed.

Stuart McPherson, a restoration project lead with the NPCA, was fortunately rehired under the watch of Gayle Wood and the current board, after some of the old guard fired him out the door.

On a more substantive front, the NPCA, with the Gayle Wood at the helm, as already made significant strides in addressing a list of measures Ontario’s Auditor General, Bonnie Lysyk, urged the Conservation Authority to take to clean up its house, operationally and financially, and to restore public trust.

It also rehired a very bright and capable young watershed restoration staff member, Stuart McPherson, who some of the last of the cabal tried to push out the door.

And it dropped an outrageous lawsuit – what many citizens saw as a “SLAPP suit” (a “strategic lawsuit against public participation”) aimed at shutting whistleblowers or critics up – against a former senior conservation manager at the NPCA, Jocelyn Baker, whose crime was speaking out for her former fellow Conservation Authority colleagues about the workplace harassment they felt they were experiencing at the hands of some of the old guard.

The new NPCA also issued a public apology to former board member and a now former Lincoln regional councillor Bill Hodgson who in 2017, was censured and further accused of bad conduct by others on the  old board after he fought a lonely battle on that board to get an independent audit of the Conservation Authority’s operations.

When the apology was made this past summer, Hodgson responded that it should really come from those members of the old guard that slimmed him in the first place. But still the apology was a decent thing to do and likely never would have happened under the old regime. 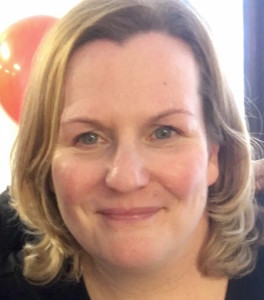 In another one of many positive steps take under Gayle Wood’s watch, a SLAPP lawsuit filed against veteran conservationist and former NPCA manager Jocelyn Baker by the Conservation Authoriity’s old regime was dropped to cheers from members of the public.

Under Gayle Wood’s leadership, the NPCA has become one of the first public bodies in Niagara to join other government bodies around the world in declaring a “climate emergency,” it has supported an international RAMSAR declaration for wetlands along the Ontario side of the Niagara River, and it has come a long way toward getting the Conservation Authority back to focusing more seriously on floodplain management and watershed restoration projects.

And that is just to name some of the highlights.

This past June 2019, at a meeting of a volunteer group called Friends of One Mile Creek in Wood’s home community of Niagara-on-the-Lake, she chose to show up and sit in the audience as the recently rehired NPCA restoration project lead Stuart McPherson made a presentation, followed by veteran conservationist and former NPCA manager Jocelyn Baker, who had recently been relieved of having to fight that ugly lawsuit.

This journalist also sat in the audience at that Friends of One Mile Creek meeting, reminding myself that a year earlier, when what I had taken to calling “the flying monkeys” of ‘Wizard of Oz’ fame still had their grip on the NPCA, a meeting like this, with these two great conservationists who had so unjustly been put through the wringer, and with the Conservation Authority’s CAO in the room, listening to them with a look of pride on her face, would have been unimaginable.

During a Q&A section of the meeting, when another member of the audience asked for information on what was responsible for the near record high water levels we have been experiencing in the lower Great Lakes in recent years, Gayle Wood offered an answer.

It was an answer that spoke to environmental factors, including climatory changes, and one that I could also never imagine coming out of the mouths of any of her predecessors going back to Carmen D’Angelo, when he held the CAO’s job at the NPCA up to October of 2016, when circumstances Niagara Region’s current regional council is now calling on police to investigate, saw him getting the CAO job at the Region.

Gayle Wood, seated at back and left at head table during her first NPCA board meeting as interim CAO last March 2019.File photo by Doug Draper

As of this December 18th, with members of NPCA’s current board of directors thanking her for her service and wishing her well, Gayle Wood is looking forward to taking a well-deserved break before going on in the new year to serve as Canadian C-Chair on the Canada/U.S. International Joint Commission’s Water Quality Board and resume another job as Chair of the Ontario Land Trust Alliance.

Fortunately for residents in our region, she has also been appointed to serve as a member of the NPCA’s Niagara Peninsula Conservation Foundation.

In the meantime, the NPCA has recently announced the hiring of its new CAO, Chandra Sharma, who officially begins in January and who comes with a good deal of experience working in the world of Ontario’s Conservation Authorities.

And that is a good thing, because the new CAO has some pretty big shoes to fill, and there is still work to be done to clean up a mess that was seven or eight years in the making.