Greta Thunberg (left) and Autumn Peltier, taking their turns at the United Nations, speaking for a healthy environment and their future. How many of us older people out there are ready to heed their call for action? 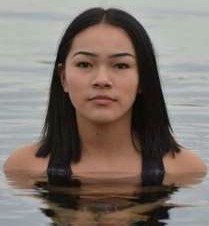 Except for those who have spent the past year or two on another planet or not paying attention to the news, most of us have heard of Greta Thunberg.

Greta Thunberg is the 16-year-old climate activist from Sweden who has made headlines around the world with her passionate  pleas for climate action to world leaders at the United Nations and at other international venues, and who has ignited tens-of-millions of people– including more young people than ever before – to stand up for their future and demand more action from their elders.

Then there is 15-year-old Autumn Peltier.

Just as Greta Thunberg is going down as a heroic, inspiring figure to many for her leadership on addressing the climate emergency that faces us now, Autumn Peltier, a member of the Wilkwemikong First Nation and living in northern Ontario, is becoming known around the world as a leading “water warrior” for her passionate efforts to draw more attention to the need to protect the waters of our wetlands, and our creeks and rivers and lakes that we all need to survive on this planet. 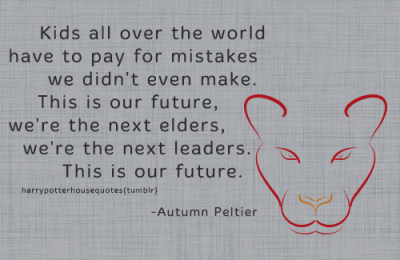 Autumn Peltier has taken her campaign as a water protector to Canada’s Prime Minister, Justin Trudeau, who has yet to do what must be done to address the disgraceful water pollution issues many First Nation communities have been suffering for decades.

And last year, while she was still just 13 year old, she stood at the same podium at the United Nations in New York that Greta had her turn at, and made her case for protecting water to the representatives of countries around the world.

Her appearance at the United Nations helps explain why she has been nominated , starting in 2017, for the International Children’s Peace Prize three years in a row, with every reason to believe that sometime soon she will receive it.

To listen to and watch Autumn Peliter’s address at the United Nations, click on the screen below –

This Saturday, everyone is invited to attend the all-day Indigenous Rights Conference in downtown St. Catharines in Niagara, Ontario.

For More News And Commentary From Niagara At Large – An independent, alternative voice for our  Greater Bi-National Niagara Region – Become A Regular Visitor And Subscriber To NAL At Www.Niagaraatlarge.Com .