How sad and sickening this all is! But let me start by saying this.

When I first heard, seven or eight years ago, that Ontario’s Ministry of Natural Resources (MNR) was going to allow a “controlled hunt” for deer, or what the admit ministry sometimes called a “harvest,” in Short Hills Provincial Park, I was a bit shocked. 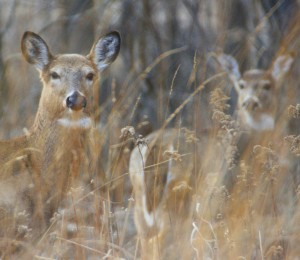 As a kid growing up in the northwest end of Welland, my friends and I would bike out to the Short Hills on hot summer days and we were often told by our elders to tread lightly in or around the park because it was a “nature sanctuary.”

We were also warned not to pick any of the white trilliums, which were scattered in bunches beneath the park’s tree canopy, because picking them was illegal, which may or may not have been true.

Nevertheless, the message my friends and I grew up with was clear.  Short Hills was a protected area for wildlife and we were to walk its paths with the lightest possible footprints and leave everything living in it alone.

So from my perspective, at least, any hunting of deer or any other animal in that park, by whatever group, for whatever reason, was wrong.

In 2013, Indigenous and Non-Indigenous people gather at what turned out to be a very heated meeting over plans for a Short Hills deer hunt. File photo by Doug Draper

“Can’t whoever these hunters are do their hunting somewhere else,” was my response to this news before I learned that the only hunters the MNR was going to allow in the park were Indigenous people, exercising their Aboriginal treaty rights and engaging in what for them is a traditional activity on lands that were  (and perhaps still are) historically theirs.

Treaty rights or no treaty rights, opposition to the hunt blew in like wildfire.

It came from some of the people living around the park and from animal activists from across the Niagara, Ontario region and beyond, including a group with a long history of being a voice for all creatures great and small – Niagara Action for Animals or NAfA, for short.

A typical poster for one of countless events NAfA has held over the years to adopt rescued and oprhaned animals.

NAfA is a group that this journalists, going back to my time as an environment reporter at The St. Catharines Standard, came to hold in high regard for its many years of volunteer work  rescuing and adopting orphaned animals, speaking out against animal abuse,  lobbying for stronger animal protection laws, and last but not least, campaigning to draw a curtain (which finally happened with the passage of federal legislation earlier this year) on keeping marine mammals in captivity at amusement parks like Marineland.

Indeed, I put in a good word for the work of group and one of its leaders, Cath Ens-Hurwood, as recently as this October, in a piece I posted on Niagara At large about a charity event it was holding at a St. Catharines shopping mall.

There is all of that good work, then there is the Short Hills deer hunt when each year around this time, there is what has become an unfortunate and sometimes angry clash – intended or not – between NAfA and its supporters, and Indigenous people  heading to the park to engage in a hunt they hope others will  come to terms with, in a spirit of reconciliation.

Reconciliation has never seemed to be in the cards though.

The protests over the Short Hills hunt, for as long as I for have followed them, can get quite heated, and every once in a while I would hear a disturbing story about someone saying something to a hunter that, according to what I was told, had racist overtones. 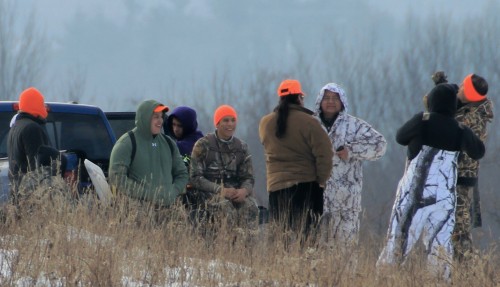 Members of the Indigenous community gather for one of the hunts in Short Hills provincial Park past six years.

I never found myself in a place where I witnessed that kind of behaviour first hand, and when I asked about it, spokespersons for NAfA or others involved in the protests would assure me that they would never engage in or tolerate such behaviour, and have done everything they can to discourage it from others.

Given all of the good work NAfA has done in the past, and the responsible and respectful way I had always seen them behave at other demonstration, including those at sites where things could get testy, like Marineland, call me naive or a sucker, if you will, but I gave the group the benefit of the doubt.

That’s where I was with this until I turned to a front-page story in The St. Catharines Standard this November 6th and found myself sickened by what I was taking in below a headline that read:  “Short Hills Hunt Opponents Label Indigenous Hunters Drunks – Social media commentators invited to join protests after calling hunters “barbarians” who need to be “harvested.” 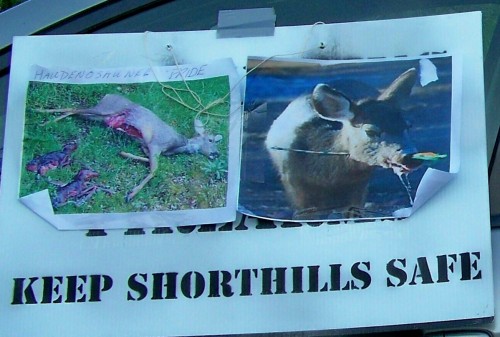 According to the story, opponents of the hunt were, indeed, going on Facebook (actual screen shots of the Facebook messages were featured with the story, so there could be no doubt) and smearing the Indigenous hunters with racist tropes like “barbarians,” “subhuman” and “drunks” who, as one opponent put it, should be  “hunted” or “harvested” themselves.

To make matters worse, in at least a couple of cases, NAfA and its supporters reportedly  invited those who posted these vile messages to join them in a protest against the hunt later this month.

St. Catharines Mayor Walter Sendzik issued a statement this November 6th, responding to what was reported in the newspaper with thoughts that I am sure many others felt when they read the story in the privacy of their home. 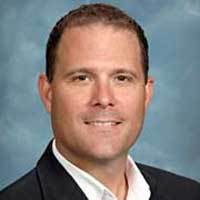 “While it is no surprise to me to read the comments that are shared in today’s St. Catharines Standard, it is still very disturbing,” said the mayor in his statement.

“As an elected official, I have seen this type of hateful, racist speech on too many occasions. We like to say that there is no room in our city for this kind of language, but in reality, what this story shows is that there are people who believe in racist, hateful stereotypes against Indigenous people – and people of all backgrounds in our community.

“As Mayor, I have offered my full support to local First Nations and for the Deer Harvest at Shorthills Provincial Park because hunting is a traditional activity that is recognized in Treaty Rights of First Nations people. This is a relationship between First Nations and the Crown that must be respected.

“In St. Catharines, we have also recognized that cities have responsibilities in Truth and Reconciliation,” the mayor added. …

As a journalist who has supported so many other NAfA projects  in the past, I sent my own expression of disapproval and disappointment to the group this November 6th, to which I received a reply from Cath Ens-Hurwood, saying she and the group knows terrible mistakes were made.

“Sorry,” she said, “for letting you and others down.”

I would suggest that if it is not too late, and it may very well be, NAfA may want to issue a full public apology to the Indigenous community for the ugly, and what one member of the Indigenous community rightfully characterized as demeaning and humiliating words that appeared on the the group’s Facebook page and where ever else this bile may have surfaced.

The group and its supporters should also make and keep a promise that it will immediately stop any further protest action against this hunt and focus instead  – if it is able to survive the damage it has done to its reputation  – on project that can have a real impact on protecting and preserving wildlife.

One of the things I find so tragic and disturbing about all of this, along with the hurt it has done to people in the Indigenous community, is that NAfA could have been working together with this and other communities and groups to address what are much larger and long-term threats e facing wildlife in this region and province.

Outside Niagara Falls City Hall in 2016,members of the Indigenous community lead one of several rallies to keep the Thundering Waters Forest, one of the last sprawling tracks of first-class wetlands and woodlands in Niagara, from being assaulted by developers’ saws and shovels. There may be a greater diversity of wildlife in that forest than there is in the Short Hills Park. File photo by Doug Draper

Members of the Indigenous community in Niagara, including at least a few of those involved, if ever so peripherally, in this hunt, have also been on the front lines of supporting efforts to save precious ecosystems in this region like the Thundering Waters Forest in Niagara Falls – pieces of our natural heritage that  host a wide diversity of wildlife and are now a target for urban development that could be located at other sites where there are no provincially significant wetlands and woodlands.

There are so many other issues that  groups like NAfA could be working together with members of the Indigenous community on, like fighting to stop the current Ford government in Ontario from weakening this province’s Endangered Species Act, or from deconstructing planning rules that protect what is left of our natural heritage from being paved to accommodate ever more low-density urban sprawl.

Far more deer and other wildlife have been wiped out and are under threat of being wiped out due to unnecessary habitat loss or destruction than from a few days of hunting in Short Hills Park, however much of us may not like the idea of hunting in a provincial park. 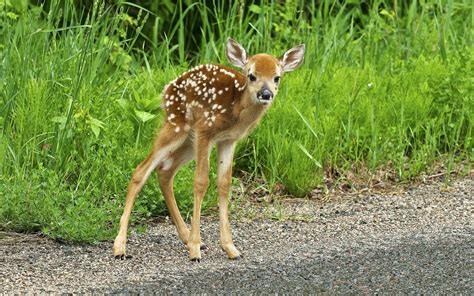 This young deer and others could lose their home in Waverly Woods in Fort Erie if residents in that community lose their battle to stop urban development there.

Yet instead of joining together to fight these larger battles, they are clashing with each other.  And the powers at the top – those who are plotting to pave over more of our wild and wonderful places – must be loving it.

Divide and rule. It’s one of the oldest tricks in a Grand Poobah’s playbook on how to create divisions and distractions to stay in power.

Keep groups of people going at each other instead of joining together to address the real problem. 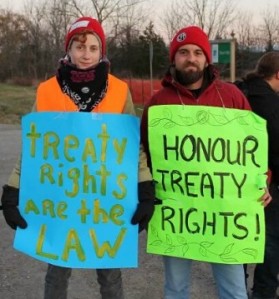 A show of support for the Indigenous hunt at Short Hills

And while they are going at each other, what really matters gets cut down, drained and paved over, one woodland or wetland after another, along with all of the creatures, great and small, that lived there and contributed to a healthy diversity of life for the common good of us all.

In the 1800s, a British economist named William Forster Lloyd wrote an essay about the “tragedy of the commons” where individual groups pursue narrow interests that are  contrary to the common good.

The tragedy of the commons is haunting us still.

What a shocking and disappointing episode for members of the Indigenous community and for a group that has, for decades, done a lot of good work for animals but went so far off the rails with this one issue, that any good it has done may not be enough to save it.