Review Will Also Include Numerous Other Local Municipalities Across the Province

Are 12 local municipalities in Niagara, Ontario too many? What do you think?

The review includes all eight regional municipalities — Halton, York, Durham, Waterloo, Niagara, Peel, Muskoka District, Oxford County, and the County of Simcoe — and their lower-tier municipalities … and the province hasn’t ruled out the possibility that some could be amalgamated in the future.” – an excerpt from a January 15th, 2019 CBC News report

A  News Commentary by Doug Draper

The day Doug Ford’s Conservatives won enough seats in last June’s Ontario election to form a majority government, you had to know that the infamous “A” word – for amalgamation of municipalities in the province – would be back on the agenda again. 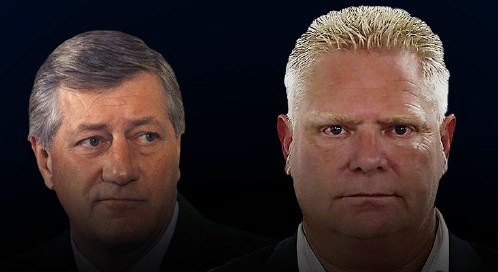 And you also had to know – if you have been paying any real attention to the politics around municipalities in Ontario over the past 20 or 30 years, that Niagara, with its 12 local municipalities and more than 130 mayors and councillors for a population of less than 500,000 – would surely be one of the regions on the list for review.

So here we are, less than seven month in to the four year term of Ford’s self-described “Government for the People,” and municipal amalgamation is back on the table for the first time since the former Ontario Conservative government of Mike Harris began pushing it in a big way more than 20 years ago.

As it turned out, Harris’s Tories managed to force amalgamations of a number of municipalities in Ontario, including the Cities of Toronto and neighbouring Hamilton, but the amalgamation bandwagon ran out of steam before it reached Niagara and the current status quo – a lower tier of 12 local municipalities and an upper regional government tier – remained intact. 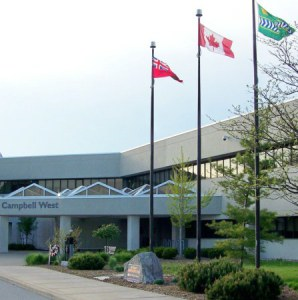 Niagara Regional Headquarters. Should all municipal matters across Niagara be governed out of this one building?

Nevertheless, politicians and members of the public in Niagara debated over a number of different amalgamation scenarios at the time, including the possibility of a single municipality and three separate municipalities made up of a joining of St. Catharines, Thorold, Welland and Port Colborne into what some called “Canal City,” a union of the more rural municipalities of Lincoln, West Lincoln, Wainfleet and Grimsby into a West Niagara municipality, and the union of Niagara Falls, Niagara-on-the-Lake and Fort Erie along the Niagara River corridor.

Then, by the mid-2000s, when the Ontario Liberals came to power and almost all talk of municipal amalgamation fell by the wayside until now when, with the powers it has under the Ontario Municipal Act to shape municipal governance, the Harris government has brought it back.

“Our government committed to improving the way regional government works and we will be looking at ways to make better use of taxpayers’ dollars and make it easier for residents and businesses to access important municipal services,” said Steve Clark, Ontario’s Minister of Municipal Affairs and Housing in a media release this January 15th.

Again, none of this should come as a particular surprise (even though Harris did not make a clear pledge to amalgamate municipalities during last year’s election) because Ford has often raised complaints about the cost and size of government, and we witnessed the surprise decision he made to reduce the size of the City of Toronto’s council from 44 to 25 seats last year, just weeks before municipal elections across the province went into full gear.

There are some services that arguably work much better and benefit cost-wise from economies of scale when they are amalgamated, like the police services, water and wastewater treatment, household waste management and public transit in Niagara. In the case of some serices, it is almost impossible for smaller municipalities to pay for and adequately operate them services any longer.

And now, with only 25 councillors representing a population of more than 2.8 million people in the City of Toronto, it should come as no shock that Niagara, with a total of about 130 politicians at the local and regional level serving a population of about 450,000, would be right up there on Ford’s amalgamation list.

Over the years, this news commentator has run hot and cold and just about everything in between on the subject of amalgamation in Niagara.

Watching local municipalities lock parochial horns, as they have (at least sometimes to their detriment) over the past decade or two, over where hospital services or a new police headquarters should go, had me leaning in the direction of one City of Niagara.

In more recent years, as I watched citizens across Niagara successfully appeal for support from local councils to clean up the mess at the Niagara Peninsula Conservation Authority, when they couldn’t get that support from the last administration at the regional government level, had me swinging back to being thankful those local councils are still around as a form of check and balance in municipal governance.

One line of argument for amalgamation that I have never been able to buy is that we have too many politicians and they cost us too much money. This is a line that seems more often to come from parties and think tanks on the right side of the spectrum who insists that less government is the solution to our problems.

A message that then-Niagara Regional Chair Al Caslin put out before last year’s municipal elections. In the elections, Caslin lost his bid in St. Catharines for another four-year term on Regional Council. Among those who won a Regional council seat in St. Catharines was former MPP Jim Bradley, who now serves as the Region’s Chair.

As far as the cost is concerned, and at the municipal level, at least, the enumeration a typical group councillor adds up to nickels and dimes in the overall budget.

When it comes to the number of politicians, on the surface, pushing the idea that there too many seems to have a wide amount of appeal. You could probably do a poll right now that asks a random number of people; “Are there too many politicians?” and possibly seven or eight out of every 10 respondents would answer “yes.”

If you then ask people why they feel that way, you find at least some people responding with words that fall into the “most, if not all politicians suck” category. But to the extent that that’s true, maybe it says more about the lack of homework many voters do at election time, or about the little time they are willing to spend making their politician representatives accountable between elections.

One problem with the “we have too many politicians” argument is that the fewer politicians we have, the less representative democracy we have, and the fewer elected people we have running the whole show. We come closer to a dictatorship with bureaucrats and technocrats in charge.

Those are a few thoughts around the topic of municipal amalgamation and I am sure there are many of you out there with more that we hope you will share with Niagara At Large in the days, weeks and months to come.

This promises to be another hot issue in Niagara and we are just getting started. So stay tuned.

In the meantime, to read the media release the Ontario government circulated this January 15th, 2019 on the topic, click – https://news.ontario.ca/mma/en/2019/01/special-advisors-appointed-to-begin-regional-government-review.html .

To read a CBC report on the issue, click on – https://www.cbc.ca/news/canada/toronto/ontario-regional-government-review-1.4978949 .