According to Province’s Conservation Act, Niagara Should Only Have Five Members, Not Twelve, says  Hamilton Councillor

Niagara’s new Regional Council and 12 local councils may have to take another look at how many representatives they can appoint to seats on the Niagara Peninsula Conservation Authority’s board of directors.

For more than two decades now, the NPCA board has operated with a total of 15 members – 12 appointed by municipalities in Niagara, two appointed by the City of Hamilton and one appointed by Haldimand County.

A motion passed unanimously by Hamilton city councillors at a general issues committee meeting this December 12th aims to force a huge change in those numbers.

The motion, tabled by Hamilton Councillor Brenda Johnson, calls for Hamilton to now appoint four members to the NPCA board – two councillors and two members of the public – and Johnson told Niagara At Large in a phone interview this December 12th that she expects the motion to get final approval in the city’s council meets this coming December 19th.

The motion notes that “according to Section 2.2 of the (Ontario) Conservation Authorities Act, based on population within the NPCA watershed, the Region of Niagara can appoint five members, City of Hamilton can appoint four members and Haldimand County can appoint two members.

Following inaugural ceremonies this past December 6th, Niagara’s new Regional Council appointed one regional councillor or mayor from each of the regions 12 local municipalities to “immediately” sit as interim members on the NPCA for the next three months while each municipality appoints a member to take their place for the next four years.

Shortly after Niagara’s new regional council, seen here, took the oath of office this December 6th, it voted to appoint 12 of its members to sit on the NPCA board on an interim basis. The council may now be forced to pair that number down to five when it meets again this December 13th. File photo by Doug Draper

The Region’s council made the move in an effort to draw to a close claims being made by defeated Fort Erie regional councillor and outgoing board chair Sandy Annunziata, and by others on the past board that a 24-year-old Order in Council from the province (now confirmed to be null and void) give them a right to remain in their seats – at least long enough to play a key role in deciding who gets appointed to the next board.

Citizens across Niagara applauded the Regional Council’s move, hoping it might mark the beginning of a real turnaround at a Conservation Authority that a recent Ontario Auditor General’s report confirmed to be plagued with operational problems, and to be off track in terms of fulfilling its core reasons for being in the conservation and watershed restoration and protection fields. 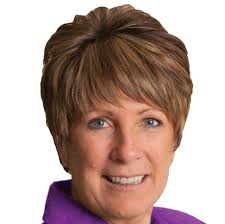 Hamilton Councillor Brenda Johnson said it is now up to Niagara’s Regional Council to decide what to do about seven of the 12 seats those councillors and mayors would have sat on now because “according to the Conservation Act, Niagara should have five seats.

Niagara At Large has called the office of Niagara’s new regional chair, Jim Bradley, for a comment on how the Region might address the Hamilton motion, and has not yet heard back at the time of this posting. The Region’s council is scheduled to hold its next meeting this December 13th.

Ed Smith, a St. Catharines resident who has been a strong critic of how the outgoing board and senior managers at the NPCA have been doing business in recent years, told Niagara At Large that however the move by Hamilton plays out, he has confidence that within a matter of weeks, adults will be in charge of the NPCA and resolutions will be reached that are satisfactory to all of the parties involved.”

About 80 per cent of the watershed that falls under the NPCA’s jurisdiction is within the municipal boundaries of Niagara Region, with the remaining watershed located inside the eastern boundaries of Hamilton and Haldimand.

According to the Ontario Conservation Act as it is presently written, the number of representatives a municipality can have sitting on the board of a Conservation Authority is based on population.

“Where the population is 250,000 or more, but less than 500,000,” reads the Act, a municipality can have five representatives. Niagara Region’s population, according to the most recent available statistics, is 447, 888.

Johnson said the population in the area of the watershed falling within Hamilton’s municipal boundaries is 112,000 and the Act allows for four representatives where the population is between 100,000 and 250,000.

The population in the area of the watershed falling within Haldimand’s boundaries is somewhere between 10,000 and 50,000, allowing for two representatives on the board.

Niagara At Large will update this story as events unfold. Stay tuned.

Meanwhile, here is the full text of the motion passed by Hamilton city councillors this December 12th –

WHEREAS, the Niagara Peninsula Conservation Authority (NPCA) Board of Directors is comprised of twelve members from the Region of Niagara, two members from the City of Hamilton, and one member from the Haldimand County, as per the Order in Council 1994;

WHEREAS, Section 2.2 of the Conservation Authorities Act states clearly that boards are comprised based on population per municipality;

WHEREAS, as per Assistant Deputy Minister Bruce Bateman’s letter to Carmen D’Angelo, Chief Administrative Officer for the Region of Niagara, dated December 5, 2018, the Order in Council 2706/94 is no longer valid and has been replaced with new provisions, enabling participating municipalities to make such decisions in accordance with the Act;

WHEREAS, according to Section 2.2 of the Conservation Authorities Act, based on population within the NPCA watershed, the Region of Niagara can appoint five members, City of Hamilton can appoint four members and Haldimand County can appoint two members; and,

WHEREAS, under the Conservation Authorities Act participating municipalities are responsible for the appointment of members to a conservation authority.

THEREFORE, BE IT RESOLVED: That the Niagara Peninsula Conservation Authority; Selection Committee for Agencies, Boards Commissions & Sub-Committees; Minister of Environment, Conservation and Parks; Deputy Minister, Ministry of Environment, Conservation and Parks; MPP Donna Skelly; MPP Sam Oosteroff; and, the Region of Niagara Council, be advised, that the City of Hamilton will be appointing four members to the Niagara Peninsula Conservation Authority Board of Directors, as follows: (i) Two (2) Members of Council from Wards 9 & Ward 11; and, (ii) Two (2) Citizen appointees.