As if the news earlier this July 27th that Ontario Premier Doug Ford – like a dictator in a banana republic – had pulled the plug on what would have been the first region-wide election for Niagara regional chair was bad enough. …

Niagara voters still have an opportunity with the coming muncipal elections to fill these Niagara Region chambers with a much better mix of councillors.

Later in the day, we were treated to more bad news that Al Caslin, Niagara’s current regional chair, had managed to file his papers before the 2 p.m. deadline to run for one of St. Catharines’ six seats on Niagara’s regional council in the upcoming October 22nd municipal elections.

That means that unless the dictator in the Premier’s office decides to cancel the municipal elections completely and Caslin manages to win one of those six seats, he could put his name in the hat for fellow regional councillors to appoint him to another four years as Niagara chair.

Just what our Niagara region needs. Another term of the divisive, unruly and mean-spirited conduct Caslin has presided over now for almost four years.

But the good news is this.

And while they are giving the electoral boot to Caslin, please do Niagara the favour of also defeating  Bruce Timms – a long-time St. Catharines regional councillor who has soiled himself as a board member and former board chair at a Niagara Peninsula Conservation Authority that has wasted our tax money suing a private citizen and a former NPCA employee, while devolving to a hollowed out shell of the great conserver and protector of our natural heritage that it once was. 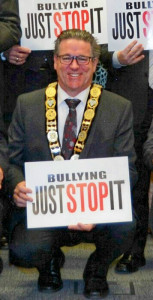 There is more good news in other Niagara municipalities where promising people are running against rogues gallery of incumbents on the regional council who have often sided with Caslin, and in some cases, serve on the board of the NPCA.

Of the current regional councillors who have so often leaned Caslin’s way, it was encouraging  to look down the list of candidates running in Port Colborne and not see David Barrick’s name on it. Instead, there is Barbara Butters, a Port Colborne city councillor and former NPCA board member who has helped lead the push for a full forensic audit (now being completed) of the NPCA’s books.

And there  is more good news in municipalities like Pelham where the town’s mayor, Dave Augustyn, who was running for Niagara regional chair before Ford pulled the plug, managed to get his name on the list of candidates for a regional council seat before the 2 p.m. – a list that includes two other promising candidates, Diana Huson and Jim Hagar.

Should Augustyn win the one and only regional seat for Pelham, then decide to throw his name in the hat for regional chair and wins that job too, whichever one of others who comes in second on October 22nd would likely take his place in the council seat.

Whatever the outcome this fall, it looks like voters in Pelham have three good regional council candidates to choose from.

Across most of Niagara, there appears to be a good mixed of candidates who are older and younger, and who are experienced or at least passionate and energetic enough to learn, to make up a regional council for Niagara we can be proud of again if we, the people, do our homework before we vote, to raise the odds that the best of them get elected.

Premier Doug Ford’s shocking announcement earlier this July 27th was certainly bad news for those of us looking forward to a first-time-ever, region-wide race for regional chair in Niagara. It was also bad news for Toronto and for other regions in the province impacted by the sudden, radical changes he is making to a 2018 municipal election season already underway. 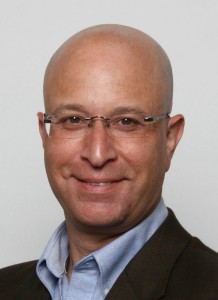 It was certainly uninviting news for individuals like Damian Goulbourne, a former Welland mayor, who had recently launched his campaign for Niagara regional chair and who has reportedly now decided, this time around, not to run for any other seat at all.

Suffice to say, Ford and company gave little or no thought to impact his last-minute changes would have on people who, along with their family, friends and supporters, have put a great deal of thought and time into planning a campaign, only to have those plans completely dashed.

But those of us hoping and working for better municipal governance in our Niagara region cannot let Ford’s actions beat us down.

We still have all those promising people – from first-time candidates to seasoned incumbents – registered to run in the coming October 22nd municipal elections.

And as long as we have good candidates, we have the opportunity to use the power we have as voters to get what has been a dark and disturbing chapter behind us and move our Niagara region forward in more positive ways if over the next four years, and for decades to come.

That would be best news in this region for all of us. There are now less than 90 days left before we go to the polls. Let’s make it happen!

To review lists of who is running in the 2018 municipal elections across Niagara, click on – https://www.niagararegion.ca/government/council/municipal-election/municipal-candidates.aspx