A Commentary by Doug Draper, journalist/publisher, Niagara At Large 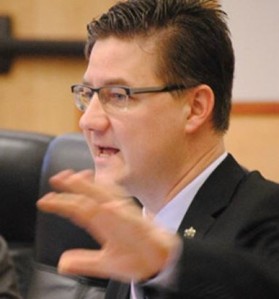 Pelham Mayor Dave Augustyn recently expressed how pleased he and his council are for being cleared of accusations and complaints around the management of the town’s finances.

In a column the Town of Pelham’s mayor, Dave Augustyn, recently shared with Niagara At Large –posted on NAL this May14th, 2018 – he noted that the Town has been cleared of accusations, many of them driven by representatives of Niagara’s regional council, related to the management its finances.

The first of these accusations of  made headlines across Niagara a year ago this past March when David Barrick, a Port Colborne regional councillor and chair of the Region’s corporate services committee, received majority regional council support for a motion he tabled, calling for an independent audit of the Town of Pelham’s books.

In the wake of a review of Pelham’s books by the financial accounting firm KPMG that found nothing that seriously wrong with them, and more recent reports and letters from Ontario Ombudsman’s Office and the province’s Minister of Natural Resources, putting to rest accusations and complaints of wrongdoing by he Town, Augustyn asked the following in his May 14th column –

“Now that we have been cleared of all allegations, should we ask the Region to pay for these out-of-pocket expenses (totalling more than $165,000 to defend the Town against the accusations)?”

“Please let me and/or your Town Councillor know this week – because this will be discussed during our May 22 Town Council meeting.”

Port Colborne regional councillor and chair of the Region’s corporate services committee, helped get the ball rolling with the accusations against the Town of Pelham with a motion he tabled in March of 2017.

To repeat some of what I wrote in a commentary I posted below  Augustyn’s  column, , I believe that at the very least, Niagara’s regional council owes Pelham’s mayor, its council and staff, and residents of the Pelham, a full public apology for what Augustyn rightfully called the 14-month-long “emotional rollercoaster” the accusations put his municipality through.

The apology should be made verbally, both at a meeting of Niagara’s regional council and at a meeting of Pelham’s town council,  and it should also be put in writing and circulated as a news release by the individual on the Region’s council who sits in the chair where the buck should stop.

That individual is Niagara Region’s chair Al Caslin, who did not hesitate to issue, on behalf of the entire regional council (whether everyone on the council wanted him to or not, and at least a few said they didn’t) a lengthy written apology to the Niagara Peninsula Conservation Authority (NPCA) in June of 2016 for a delegation (Niagara area citizen Ed Smith) who Caslin charged in his letter made a PowerPoint presentation to the council containing allegations about the NPCA that were “libelous” and “defamatory” and “offensive”.

Months later, the NPCA and its former CAO (currently CAO for the Region, Carmen D’Angelo) sued Smith for defamation for raising many of the same questions and concerns he attempted to raise at that 2016 regional council meeting – questions and concerns about the ways the NPCA has gone about managing its operations with millions of dollars of our tax money.

Late last year, that lawsuit was dismissed by an Ontario court judge who later directed the NPCA to pay a sum of money to Smith to  compensate him for his legal costs.

Hello Mr. Chair. A full apology to the Town of Pelham would certainly not be out of order now.
Al Caslin in a file photo.

Now here we are with Pelham and given the failure of the Region’s accusations against the town to stand the test of outside scrutiny, one would think that the decent thing for the Region to now is issue a full apology. Even more so in the wake of a number of other local councils across Niagara, including those for Port Colborne, St. Catharines and Thorold, supporting motions objecting to the Region interfering in Pelham’s finances in the first place.

The Region should also agree to pay the Town of Pelham the more than $165,000 Augustyn said it cost the municipality to defend itself against the accusations.

If the regional government doesn’t ante up and compensate Pelham for the costs, the town should seriously consider suing the Region for the money.

What reasonable person would blame Pelham for taking legal action to, at the very least, recover its costs, let alone any other damages the accusations have done to the town’s standing as a good place to buy a home or start a business.

We will never know how many people out there – having heard or read the reports of regional council meetings on this matter in the media – reports that, as some of the accusers on the regional council chose to put it, painted Pelham as a “financial train wreck” and placed a “dark cloud” over it – may have decided to think twice about investing in a home or business in town.

Why would anyone choose to live or do business in a place that was being described by representatives of Niagara’s upper tier of government as a “financial train wreck?”

What went down here over the past 14 months should not be allowed to stand!

It is high time for the regional government to make d to a good member of Niagara’s ‘community of communities’ which, as it turned out and which was apparent to at least some right from the beginning, deserved none of the grief it has been put through.

As for the cast of characters on the regional council who drove these accusations against one of our local municipalities, voters have an opportunity to fire them in this coming October’s municipal elections

To read Pelham Mayor Dave Augustyn’s May 14th column on this issue, click on – https://niagaraatlarge.com/2018/05/14/pelham-cleared-of-wrongdoing-yet-again-around-management-of-towns-finances/

To read the news commentary Niagara At Large posted after Niagara’s regional chair Al Caslin issued a written apology to the NPCA in 2016, click on – https://niagaraatlarge.com/2016/06/15/niagaras-regional-chair-apologizes-to-conservation-authority-for-offensive-content-of-citizens-delegation/ .