“The effectiveness and the credibility of the (NPCA, which I have addressed numerous times in the Legislature, appear to be at stake.” – Welland Riding MPP Cindy Forster

A Full Text of the MPP’s audit demand included below

By Doug Draper, Niagara At Large

Niagara, Ontario – This past spring, a request to Niagara’s regional council by area resident Ed Smith and numerous other residents from across the region for an independent audit of the Niagara Peninsula Conservation Authority’s operations was voted down by a majority of councillors. 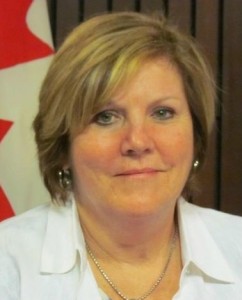 Some of the councillors accused Smith of making statements about the NPCA and at least some of its board members, including St. Catharines regional councillor Bruce Timms, who serves as the board’s chair, that were untrue and even defamatory.

As a follow-up to Smith’s failed request for the audit, Niagara’s regional chair Al Caslin wrote Timms and the NPCA board a letter of apology on behalf of the region’s council for statements Smith made – statements that Smith and others, including St. Catharines regional councillor Brian Heit, who was acting as chair of the spring meeting, said they did not believe were out of line  or defamatory at all.

Fast forward to the present, and Cindy Forster, MPP for the Nagara, Ontario riding of Welland, has followed up with an open letter, dated October 31st, asking Ontario Minister of Natural Resources and Forestry Kathryn McGarry to order an audit of the Niagara Peninsula Conservation Athority.

What follows here is the full text of Forster’s open letter, asking for the audit.

In follow up to two letters sent to your office early this year raising the issue of the Niagara Peninsula Conservation Authority direction on local development proposals and the larger issue of biodiversity offsetting, I’m writing today to underscore the related concerns I raised in our phone conversation on Friday October 28th, 2016, regarding the lack of financial transparency and accountability within the NPCA.

Outside of self-generated revenue, I understand that 48% of funding provided to conservation authorities comes through municipalities. Additional sources of funding for the authorities are provided by the provincial and federal governments (10% and 2% respectively).

It’s been brought to my attention that a motion at a recent Niagara Regional Council meeting, requesting a financial audit of the NPCA, was defeated. Given the alarm bells that many in my community have raised around the lack of financial transparency and given that $7.3 million in funding it receives are taxpayer dollars, I find this extremely troubling.

As such, I urge you to launch an immediate financial audit of the NPCA.

Under the Ministry of Natural Resources’ (MNR) May 2010 directive, section 9.2 states that that MNR reserves the right to audit conservation authorities for adherence to these policies and procedures and to review their effectiveness as it relates to implementation of provincial policies and protection of provincial interests. Given the concerns brought to my attention, I am urging you to invoke this directive and launch a financial audit immediately.

Minister, the effectiveness and the credibility of the organization, which I have addressed numerous times in the Legislature, appear to be at stake. As you know, the organization was founded not only by one of my predecessors, the former Mel Swart, but many others dedicated to the conservation of protected lands. We owe it to their hard work and to the community at large, to address these concerns.

I look forward to your timely response to this request and thank you in advance for your attention to this matter.

Visit Niagara At Large at www.niagaraatlarge.com for more news and commentary for and from the greater bi-national Niagara region.

NOW IT IS YOUR TURN. Niagara At Large encourages you to share your views on this post in the space below the Bernie quote .

A reminder that we only post comments by individuals who share their first and last name with them.