‘The North Atlantic Right Whale is an endangered species with an estimated population of just 350 whales.’

A News Release from Canada’s Chamber of Marine Commerce 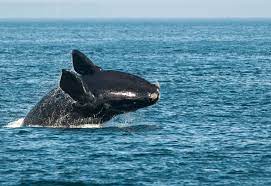 (Niagara At Large is posting this because it appears to be some good news at a time when we are receiving too much bad news around the fate of wildlife. The unnecessary fatal shooting of a white Arctic wolf in Niagara comes immediately to mind.)

Canada is leading the efforts to protect the endangered North Atlantic right whale with notable progress being made by the federal government in collaboration with ship operators and the research community in terms of  surveillance and protection measures, according to Moira Brown, Senior Scientist  at The Canadian Whale Institute / Campobello Whale Rescue Team.

In a new article appearing in the Chamber of Marine Commerce’s online magazine, /Marine Delivers/, Brown says: “In terms of research, surveillance, and putting  into place feasibleprotective measures, I don’t think anyone is working harder than Canada right now to figure out how to help this species.”

The article details programs and technologies being used by the federal government and ship operators to detect and avoid whales in the Gulf of St. Lawrence and Eastern Canada.

According to Transport Canada, there have been no known right whale deaths in Canadian waters to datethis year.

“We’re more than halfway through the 2022 right whale season in Canada and have no known right whale deaths, which is building on two previous years of no known  right whale deaths in Canadian waters,” says Michel Charron, Acting Director of Whale Protection Policy at Transport Canada.

“What’s great is we have a highly engaged industry at the same table as the academic scientists, environmental organizations and multiple federal government  agencies where the discussions are frank and the results are excellent compliance on an adaptable and enforceable approach that is the envy of other jurisdictions,” Charron emphasizes. “Despite varying priorities, none of us  wantsto see the right whale’s decline so we’re all working really hard together  in a positive direction.” 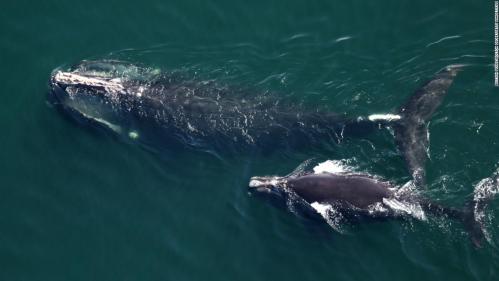 In the article, Brown comments on the protective measures currently in place in  the Gulf of St. Lawrence, where right whales started being detected in  significantly more numbers between 2015-2017 between the months of April and November.

“Transport Canada’s regulatory actions that have vessels avoid certain areas seasonally and lower their speed to 10 knots in specific zones when a whale has  been detected are unparalleled,” Brown says. “It’s also doing a terrific job at enforcement with an investigation launched if a vessel is seen going just 10.1 knots when the speed reduction is in force.”

Brown praises the shipping industry for its 99-per-cent compliance in the regulated zones. “The scientific community can come up with good ideas, but it’s  only when they’re put in practice by crews that they can make a positive difference,” she says. “We know the measures add a burden, but Canada and its domestic and international maritime shipping customers should be proud of the  hard work being done to better co-exist with this species.” 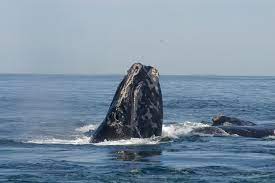 The North Atlantic Right Whale is an endangered species with an estimated population of just 350 whales. On a positive note, according to the U.S. National Oceanic and Atmospheric Administration (NOAA), researchers identified 15 new right whale calves in 2022 and 19 live calves in 2021. Only 22 births were observed during the previous four calving seasons combined, which is less than one-third the previous average annual birth rate for right whales.

Meanwhile, shipping companies, such as Algoma Central Corporation, Canada Steamship Lines, and Groupe Desgagnés, are enhancing the knowledge base about whales and their whereabouts. The shipping lines have embraced whale identification and reporting by crews that initially was based on the printed guide issued by the Marine Mammal Observation Network (MMON), the Shipping Federation of Canada, and Dalhousie University.

Further training on identification and reporting followed with MMON and Green Marine leading onboard sessions. This past spring, the MMON and WWF-Canada with other stakeholders (including Transport Canada, the DFO, the Shipping Federation, and the St. Lawrence Global Observatory, as well CSL, Desgagnés and other lines), developed a site that makes online training readily available for crewmembers and others.

Group’s Senior Project Manager. “Otherwise, it can be difficult to get everyone into a classroom with all the different work schedules.”

“Crews are happy to participate,” adds Daniel Côté, Senior Environmental Advisor at Transport Desgagnés. “Our onboard personnel have always been excited about this initiative knowing they could make a significant contribution to the knowledge about the location and behaviour of these neighbours at sea.”

Mira Hube, Algoma Central’s Director, Environment, echoes the enthusiasm related by crews. ‘We have received positive feedback from those who have completed the training and provide observation data on a monthly basis to MMON,” she confirms. “The program is going very well and we’re proud to be participants.”

The need to always keep a keen eye is understood. “The crews will report in real time to the Canadian Coast Guard or Fisheries and Oceans Canada if they encounter a whale in distress that may need immediate assistance,” Hube adds.