Niagara Falls To Be Illuminaaated In Orange In Memory Of Victims OfSaturday’s Shooting In Buffalo, New York

A News Release from the Niagara Parks Commission in Niagara, Ontario 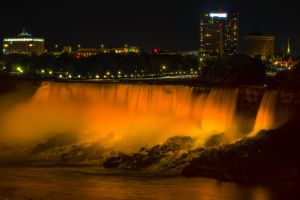 Niagara Falls, Ontario – The Niagara Falls Illumination Board will be illuminating both the American Falls and Canadian Horseshoe Falls in oraange tonight (this Tuesday, May 17th) from 11pm to midnight, in memory of the victims of Saturday’s tragic and senseless shooting in Buffalo, New York.

One response to “Niagara Falls To Be Illuminaaated In Orange In Memory Of Victims OfSaturday’s Shooting In Buffalo, New York”