Thanks To At Least a Handful of Niagara Regional Councillors, A Strong Option for Safeguarding Our Natural Heritage is Still Alive

“Once a natural asset is gone, it is gone forever. … I think, we have to remember that.” – Niagara Regional Chair Jim Bradley, at meeting of the Region’s Council this May 20th, 2021

A Red-Tail Hawk soars over what is left of the precious green and blue natural places in our Niagara region. Studies show we are already down to less than what we need for a healthy. sustainable future.

One of the good Niagara citizens, who took time they will never get back this May 20th to live stream the meeting of Niagara Regional Council, sent this reporter an email afterword that led with the words; “Where does one begin?”

Where does one begin, indeed!

Those words summarize a justifiable response to so many of the smoke bombs, along with the babble gab and Grade A B.S. coming from the usual suspects on the Region’s Council, and often looking so orchestrated, that clouded an oh-so-long session on where Niagara goes around protecting what is left of our life-sustaining water resources and green places.

I will begin this commentary by saying that this Niagara Regional Council is divided between those who believe that we have to come out of this terribly costly pandemic – one in which we continue to face serious climate challenges and face the prospects of even deadlier pandemics if we don’t get our environment act together  – with more progressive policies for protecting what is left of our biodiversity and natural heritage in this region, and those on council who are on the side of the most environmentally destructive members of the development industry.

Watch a video (I will post a link below) to the May 20th council meeting, and I am sure you will notice that, along with those members of council who, for the sake of preserving our natural heritage, want to reimagine the way we build our communities and those who simply want to continue paving Mother Nature over, there are also those who are too old and doddery to understand what is now at stake or who simply don’t give a shit.

One of the only positive things that one can say about the May 20th session over how forward-thinking and protective of our natural resources a new “natural environment system” for Niagara’s future should be is that will look like for Niagara’s future is that the more progressive members of the Region’s council – the ones who do give a shit – managed to keep the strongest option for protecting what are left of our natural heritage (an option identified in the Region’s draft Official Plan as 3C) from dying on the floor.

Pelham Niagara Regional Councillor Diana Huson, who is also Chair of the Region’s Planning and Economic Growth Committee and a strong supporter of higher levels of protection for our natural heritage

That option is still on life support today because of a weird “amendment to an amendment” the Regional Council ended up passing at the May 20th meeting that it would endorse Options 3B and 3C, and put them out there for about five or six more weeks of consultation with local municipalities and other interested parties, which may or may not include everyday members of the taxpaying public.

One of the key differences between Options 3C and 3B is that 3C at least gives the Region’s planning staff and council some meaningful say and oversight when it comes to development plans in urban areas of Niagara that may have a significant impact on wetlands, woodlands and other natural resources.

Option 3B leaves most, if not all, the decision-making to local municipalities which leads to the question; ‘Why have a planning department at the regional government level at all, if local municipal planners and local councils are left calling all of the shots?

Interestingly enough, the Region’s current planning commissioner, an arguably lethargic old geezer named Doug Giles, has recommended Option 3B which, again, makes one wonder if he is interested in putting himself and his planning department out of a job. 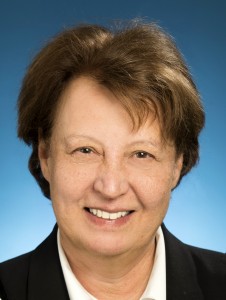 Niagara–on-the-Lake Lord Mayor Betty Disero says she is fine with working with the Region on planning issues.

Of those who fought this May 20th to keep Option 3C alive where Pelham Regional Councillor Diana Huson who spoke up at least a few times to say she did not want to see the strength of that option, in terms of what it does for protecting and preserving our natural heritage, “watered down.”

Making the case for a role the Region should take in preserving our environment, Huson told her fellow councillors; “we need to takes ownership of that responsibility.”

There was also Regional Councillor and Niagara-on-the-Lake Lord Mayor Betty Disero who noted that she received some calls from members of Niagara’s Home Builders Association who argued that more protections for natural features “would not help the housing crisis,” but she rejected that as the reason for a crisis in affordable housing.

Disero added that she did not see approving Option 3C as local municipalities “giving up control” over planning decisions. She sees it as “working with the Region” on planning matters.

Then there was Niagara Regional Chair Jim Bradley who was once an Ontario environment minister, who took the unusual step of leaving the Chair’s seat for a few moments so he could make his case for Option 3C.

“Without a doubt, this is one of the most significant decisions we have to make (as a Regional Council),” said Bradley, reminding us all that some five decades ago, then Ontario Conservative Premier Bill Davis, created regional governments across the province so there would not be a “hodgepodge” of planning decisions, some for the better and some for the worse.

“I don’t think this issue that we have here tonight is an issue of affordable housing,” Bradley added in response to those who would have us make a false choice between affordable housing and protecting what is left of our natural places.

Bradley concluded his remarks by reminding us of something St. Catharines Regional Councillor George Darte (also a supporter of Option 3C) said; “Once a natural asset is gone, it is gone forever. … I think, added Bradley, “we have to remember that.”

Option 3C, Bradley added, “does not stop development. … What we want is good development, smart development, … so that we have no regrets years down the line.”

Fort Erie Regional Councillor Tom Insinna, another supporter of Option 3C, said he was moved by a 14-year-old person in his municipality who had a talk with him about the issue.

That young person, he said, asked him this; “Why can’t we do everything we could to protect the environment that we have?”

Why can’t we, indeed?

At the end of it all, even many of those who are strong supporters of Option 3C felt they had no choice but to support that amendment endorsing 3C and 3B, just to keep 3C alive.

Port Colbrorne Regional Councillor Barbara Butters, another passionate supporter of 3C, called the move by some of those on the council who are arguably more in the pockets of the development industry to endorse both options a case of “trying to suck and blow at the same time.”

Niagara At Large will have far more to say in the days, weeks and months about what Jim Bradley rightfully identifies as one of the most important issue this Regional Council and Niagara faces for our future, and for the future of our children and grandchildren.

NAL will have no hesitation in identifying in more detail those who support Option 3C and those who don’t because, with eighteen months to go before the 2022 municipal elections, I know I am not the only one who feels it should draw the line between who gets re-elected to our regional and local municipal councils, and who gets swept out.

You can watch the session at the May 20th meeting of Niagara Regional Council on this issue by clicking on the following link, and sliding the bar at the bottom left-hand corner  over to the time 33:20 – https://www.niagararegion.ca/government/council/council-meetings.aspx

To read another recent news commentary Niagara At Large posted on this issue, click on – https://niagaraatlarge.com/2021/05/19/regional-councillors-have-one-more-chance-to-get-it-right-on-protecting-niagaras-natural-heritage-for-future-generations/ .

9 responses to “Thanks To At Least a Handful of Niagara Regional Councillors, A Strong Option for Safeguarding Our Natural Heritage is Still Alive”