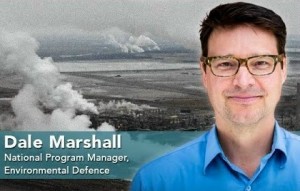 Ottawa, Ontario – President Biden’s executive orders on climate change show this was never about one pipeline project or even Canada.

It’s about getting the United States off fossil fuels, transitioning to clean energy, and addressing current and historic environmental injustices.

The President’s actions confirm that that means taking care of those most affected—communities whose health is compromised by pollution, and fossil fuel workers and their communities—and doing so with fairness and justice.

A poster of Trudeau, drenched in tar sands oil, and one of many displayed at protests across the country a few years ago after the Prime Minister and his Liberals threw billions of dollars of our money to continue operating tar sands pipes.

Let’s hope, for the sake of our children’s future, that Canada’s Prime Minister Justin Trudeau and members of his Liberal government stop subsidizing the filthy tar sands operation in Alberta with billions of dollars of our money, and stop blowing smoke about addressing the climate crisis, the challenges facing our Great Lakes, etc., and finally begin to take these issues as seriously as they should be.

Perhaps now, with a U.S. president now in power who certainly seems to be taking climate change seriously, Trudeau and company will grow some strength on these urgent issues.

One even wonders though, if the Trudeau government understands why it might be better for Canada’s future and the planet’s future to spend billions of dollars transitioning to greener energy that throwing it down a tar sands hole.

So far we have received little proof of life on that one.

To watch a News Briefing U.S. President Joe Biden delivered on his climate plan this January 27th, 2021, please click on the screen immediately below –