A New Report from Environment Defence shows that despite the Ontario government’s claims, the province has failed to take meaningful action on climate change or reduce greenhouse gas emissions

These two individuals – Ontario Environment Minister Jeff Yurek (left) and the province’s Premier Doug Ford – and their Conservative government are not doing enough to meaningfully address the climate emergency we face.

A Progress Report on Ontario’s Climate Change Actions [https://environmentaldefence.ca/wp-content/uploads/2020/12/YoursToRecover_OntarioClimateProgressReport_EnvironmentalDefence_FINAL.pdf] presents evidence that Ontario’s emissions are rising as a result of government inaction.

After two years, the Ontario government has largely ignored its own Made-In-Ontario Environment Plan and failed to take meaningful action to reduce greenhouse gas emissions.

What little progress has been made is in areas with the least potential for reducing emissions, while actions with the potential to deliver significant emissions reductions have been overlooked.

“The province needs to stop using the Environment Plan as a prop and start acting on its promises to cut the growing emissions from buildings and transportation. Otherwise there is no hope for Ontario to reach its target to reduce emissions 30 per cent by 2030.”

Many promises in the Environment Plan that have yet to be implemented could stimulate an economy slowed by the COVID-19 pandemic.

The report details some unimplemented promises that have a strong potential to stimulate Ontario’s economy. So far, the province’s recovery plans have ignored the need to shift to a low carbon future – a shift being embraced around the world by governments of all political stripes.

Ontario’s greenhouse gas emissions rose for the first time in nearly a decade in 2018, the year the current government took power.

Environmental Defence’s report shows that these emissions are likely to continue to rise for the following reasons:

The recent update on the Environment Plan is a huge step backwards as it has no plans to improve energy efficiency in buildings, increase electric vehicle uptake, or phase out natural gas fired electricity. 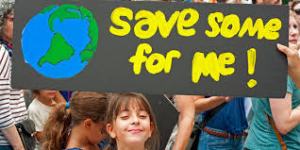 “It’s clear the province is not interested in pursuing evidence-based climate solutions to meaningfully reduce greenhouse gas emissions, or presenting credible evidence to back them up,” said Sarah Buchanan.

“Instead, we’re left with more plans to make existing fossil fuels only slightly less destructive to the climate, by, for example, adding tiny amounts of hydrogen to gas lines. These plans won’t come close to achieving a net-zero future or even meeting the weak target in place right now.

Ontario needs to stop pretending they can pollute their way out of the climate crisis and start taking meaningful action before it’s too late.”

You can find the report here – [https://environmentaldefence.ca/wp-content/uploads/2020/12/YoursToRecover_OntarioClimateProgressReport_EnvironmentalDefence_FINAL.pdf] .