A Column by Dave Augustyn, Mayor of Pelham in Niagara Ontario

Niagara, Ontario – In light of the Ontario Government’s unexpected and anti-democratic announcement a week-and-a-half ago to cancel the Niagara Chair election this Fall, I filed my nomination in Pelham to become a Regional Councillor.

I hope to win a seat on Council and to work together with other Councillors, residents and businesses across the peninsula to fix the Region’s integrity crisis and to create a better Niagara. 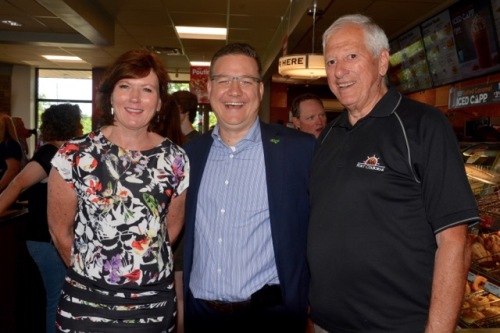 In the Fall of 2016, the Province introduced legislation that included mandating the election of all Ontario’s Regional Chairs by the public-at-large, starting in 2018. While this push toward a more accountable and democratic election alarmed a few folks in Niagara, those watching the Municipal sector weren’t surprised.

At the time, Niagara stood as the only hold-out Region that still wanted to appoint the Chair from among members of Council. All other areas either already elected their Chair of Regional Council at large, or were working toward doing so.

A bill to elect the York Regional Chair-at-large was before the Ontario Legislature in 2016. And, in 2013, Peel Regional Council directed staff to report after the 2014 election on options to directly elect their Chair for the 2018 municipal election.

When they first created Regional Governments in the 1970s, the Province also appointed the first Regional Chairs. After our first Chair (John Campbell) retired in 1985, Council appointed one of its own as Chair from Council (Wilber Dick).

This appointment process meant that the new Chair had to give up his or her seat and was appointed for the entire four-year term of Council.

In 1991 and again in 2013, Council reaffirmed this process of appointing from Council. And, since the Municipal Act states that if a Mayor were appointed as Chair he or she would have to give up his or her position on the City or Town Council, for practical purposes only elected Regional Councillors (not Mayors) put their names forward for Chair.

An Opportunity for Niagara:

Niagara Region’s chair Al Caslin has never been a supporter of a region-wide vote for the Chair’s job.

With the direct election of Chair-at-large, candidates for the Chair’s position were putting together a vision that would appeal to all of Niagara. These visions were similar to the visions that Mayoral candidates present to the public – but they were for all in the peninsula.

Directly electing the Regional Chair would have helped pull the views and hopes of our Region’s citizen’s together and could have become an important and unifying force for moving Niagara forward.

I believed that it would have also helped us to work together to become more open, transparent, accountable, and democratic in Niagara.

Sadly, the new Provincial government recently announced that they would be stripping that democratic right away from millions of voters in Niagara, Muskoka, Peel and York.

It doesn’t make sense that a Government that claims to be “for the People” removes your and other people’s right to vote and decide on our future together. And to erroneously claim that directly electing the Niagara Chair added an “additional level of government [that] competes with local municipalities” is misleading and insulting.

I had put my name forward to run for Regional Chair because hundreds of people across Niagara asked me to bring integrity back to the Region and lead the peninsula forward.

To those who see the major problems our Region’s facing and the opportunities we are missing, the Government’s cancellation changes nothing.

My commitment to restoring integrity to our Regional Government and bringing prosperity and compassion to people is unwavering and I will continue to work for a better Region.

You may contact Mayor Dave at mayordave@pelham.ca or read past columns at www.pelhammayordave.blogspot.ca .