Whether It’s General Motors, Ford Or First Nations Chief Theresa Spence, They Should All Be Made Accountable For Every Tax Dollar We Give Them

A Commentary by Niagara At Large Publisher Doug Draper

I find it interesting that at the same time some Canadians are sending comments to this news site and others accusing Native Chief Theresa Spence of using what they consider to be a bogus hunger strike to “blackmail” Prime Minister Stephen Harper into meeting with her and other First Nation representatives, little of the same kind of noise is being made over the many millions of dollars of our tax money Harper is dishing out to multi-billion-dollar auto corporations to keep them from pulling the plug on more plants here. 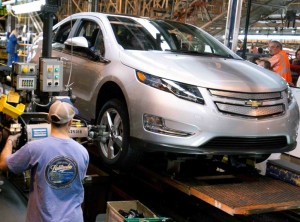 Cars rolling off a GM plant floor. Autmakers in Canada get plenty of help in grants and tax cuts, but what guarrantee is there they will not pull the plug on plants here the first time they find a place with cheaper wages and more tax cuts elsewhere?

Indeed, while much is also being made out of what Chief Spence and her council have done with a reported $90 million or more in government aid they have received since 2006 to improve living conditions in the northern Ontario native community of Attawapiskat – with some going so far as to accuse the chief of gross mismanagement of public funds and even embezzlement – what is going to become of the $250 million Canada’s prime minister and his Conservative government announced this January that they will be giving to General Motors, Ford Chrysler and other auto-related corporations for so-called “research and development and innovation projects?”

Further to that, what happened to all of the billions of dollars in stimulus money and corporate tax cut relief, including the more than $10 billion senior levels of Canadian government gave to General Motors and Chrysler (Ford, to its credit, refused stimulus money) when they needed a bailout five years ago from an impending bankruptcy that was mostly of their corporate captain’s own making? Where did that go, other than to generous annual bonuses some of these corporations continued to bestow up their top executives while those on the factory floor felt forced to take wage and benefit cuts to keep their jobs?

As we saw, the American-based chiefs of General Motors paid the taxpayers of Canada back this December by announcing its decision to move its production lines for its Camaro from Oshawa, Ontario, a long-time GM town, to a plant in Michigan – a move that could cost Oshawa and the rest of the country thousands of decent-paying jobs. And GM announced that decision without offering the governments of Canada and Ontario a word of explanation. 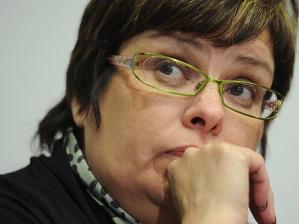 Attawapiskat Chief Theresa Spence. Audit figures reported by CBC raise questions about what she and her inner council did with more than $90 million in government aid.

What we are certainly seeing, according to reports in the business pages of almost every established newspaper and magazine in North America, auto corporations, like many others, are able to use poorly conceived ‘free trade’ agreements to pull the plug on a plant in one country or province and state where they feel they aren’t lapping up a rich return for their shareholders, and move to a country, state or province where the costs of wages, etc. are cheaper and where whatever government is in play in those locations buy them over with a more generation package of tax cuts and grant money siphoned from our pockets.

And don’t forget. These days it is also fashionable for federal, state and provincial governments to lure these corporations to their jurisditions by doing everything they can to destroy or diminish the power of labour unions. Unfortunately, union bashing appears to work as a divide-and-rule tactic as unemployed and under-employed people, including people working for poverty wages at toilet-scrubbing, Wal-Mart-type jobs, foolishly say; ‘Oh good, glad to see these people brought down,’ instead of considering the possibility that they might be working 80-hour, seven-day weeks if it weren’t for labour unions.

Call it corporate welfare or call it bribes or blackmails but, again, I find it interesting that there are too many of us out there who seem to be more willing to question what aboriginal leaders are doing with our public dollars and to question complete accountability from them, than they are to demand the same from private corporations that receive far more of our dollars in grants and tax cuts. Why, at the very least, are we not pressing our federal and provincial governments to tie any subsidies to companies to a demonstrated record of creating jobs in this country?

Thorough audits should be done regularly and made public to ensure that the money leaders of First Nations community receive are going to the individuals and families in most need, and not disproportionally left in the pockets of a narrow circle of chiefs and their councils.

All I am asking is that we demand the same level of accountability and respect for our tax dollars from private corporations operating here, and that iron-clad rules be made that grants and tax cuts only be given to companies with a continued record of creating decent jobs in Canada. The days of across-the-board grants and tax cuts to corporations on the assumption that they will create jobs must come to an end, and it will likely take a critical mass of Canadians pressing for an end to that practice during elections to make it so.

By the way, you may already know, if you are a CBC listener or viewer, that this January 7, national network is reporting audit figures it has received on Chief Spence and her council’s spending that raise numerous questions. You can learn more by visiting the following link at http://www.cbc.ca/news/politics/story/2013/01/07/pol-attawapiskat-audit-monday.html . As of a newscast on CBC early this January 7 afternoon, Chief Spence has not yet made herself available to respond to the audit figures.

I think Chief Spence, who has not shied away from much media publicity when it comes to her hunger strike, owes all Canadians who have supported her up to now and have spoken out for better living conditions in her Native community and others an explanation. Don’t you?

(Niagara At Large invites you to share your views on this post alone, remembering that we only post comments on NAL by individuals who also share their first and last name. Anonymous comments or comments with pseudonyms may be accepted on many blog sites. But this site drags them to the trash.)

18 responses to “Whether It’s General Motors, Ford Or First Nations Chief Theresa Spence, They Should All Be Made Accountable For Every Tax Dollar We Give Them”