The late British prime minister Winston Churchill, on a drive some six or seven decades ago along the Niagara Parkway in Ontario, called it one of the prettiest drives in the world. 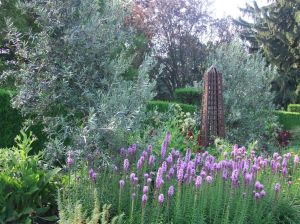 It is quite likely that the meticulously landspaced lawns and gardens along the parkway and Niagara River corridor had something to do with Churchill’s praise. And the driving force behind that landscape is the Niagara Parks Commission’s School of Horticulture, now celebrating its 75th anniversary.
To commemorate this venerable school’s 75th birthday, the Niagara Parks Commission is hosting a special archive exhibit called ‘A Portrait of Growing’ which opened this July 25 and continues daily through August 28, free of charge to the public, at its School of Horticulture Lecture Hall at 2565 Niagara Parkway in Niagara Falls between the hours of 10 a.m. and 3 p.m.

While there, visitors can walk through the commission’s world-renown Botanical Gardens located on the same grounds as the lecture hall.